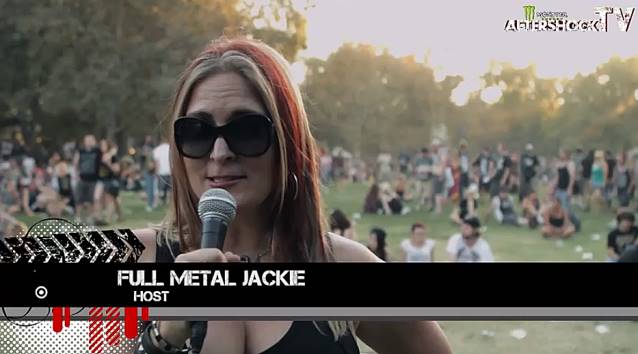 A four-minute video wrap-up of this year's Aftershock festival, which took place in September, can be seen below. Hosted by Full Metal Jackie, the clip includes interviews with members of KORN, BUCKCHERRY, P.O.D., SHINEDOWN, PAPA ROACH and ASKING ALEXANDRIA.

Ticket buyers travelled from around the country for this year's Monster Energy's Aftershock festival, which generated an estimated economic impact of around $2.6 million for the Sacramento metro area according to Mike Testa, senior vice president of sales and business for the Sacramento Convention & Visitors Bureau. Aftershock attendees booked approximately 1,500 hotel rooms in Sacramento.

Monster Energy's Aftershock festival is produced by Danny Wimmer Presents, producer of some of the biggest rock festivals in America, including Welcome To Rockville and The Big Ticket in Jacksonville, Florida. Danny Wimmer Presents is also a partner in Rock On The Range in Columbus, Ohio, Carolina Rebellion in Charlotte, North Carolina, Epicenter — Southern California's Rock Festival in Irvine, California, 96-KROCK presents Rockwave Festival and Fort Rock in Fort Myers, Florida, and the Rock Allegiance Tour.

Festival producer Danny Wimmer says: "For years I've been hearing that ‘rock is dead,' and yet record numbers of fans attend rock festivals every year. Our festivals are inspired by the music fans who buck the trends, ignore the hype and remain true to the music they like."

Aftershock bands on what they just can't live without when they are on the road: 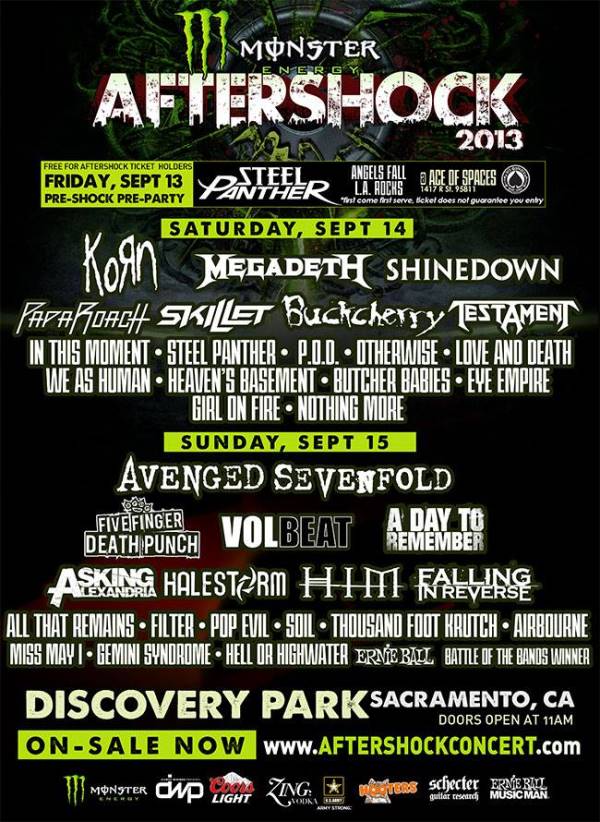