Iconic singer, songwriter, guitarist, and ALICE IN CHAINS co-founder Jerry Cantrell has announced "An Evening With Jerry Cantrell" presented by Moment House. The stream will be an intimate performance recorded live from Los Angeles this evening. The sold-out performance will include a six-song set, storytelling, and a question-and-answer session hosted by renowned and beloved actor/comedian Jeff Garlin.

The stream of the event will be a ticketed event available for European fans on Thursday, December 2, 2021 at 6:00 p.m. GMT. Tickets are available via this link. They are priced at $12 pre-order and $15 day of show. Ticket holders will be able to stream the event for 24 hours.

The performance is planned to be a selection of songs from Jerry's recently released solo LP "Brighten". Many of the musicians featured on the record will perform with Jerry, including Tyler Bates ("300", "John Wick"), Greg Puciato (THE DILLINGER ESCAPE PLAN), Gil Sharone (THE DILLINGER ESCAPE PLAN), George Adrian, Vincent Jones and Michael Rozon.

"Brighten" has received praise from critics, including Kerrang!, which called it a "vivid, contemporary self-portrait of one of the most distinctive voices in hard rock. A long-overdue show of individual brilliance." Classic Rock proclaimed it "his best yet. The work of a songwriter who is happy within his life, it spans a broad arc of styles." The Sun commented: "A rich, organic album... 'Brighten' is brilliant."

Jerry has also announced a U.S. tour that will bring him to cities such as New York, LA, Chicago, Boston, Nashville and Vegas, among many other cities. 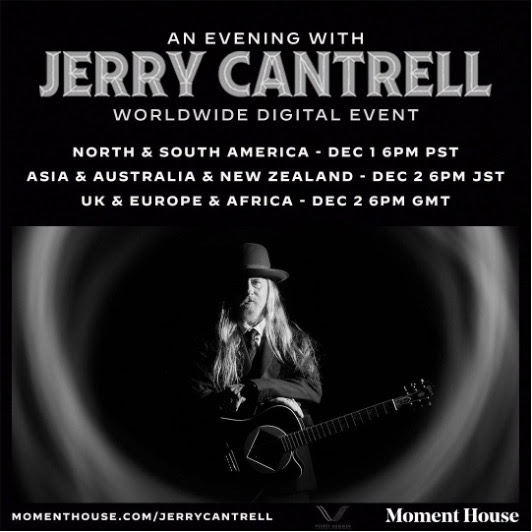