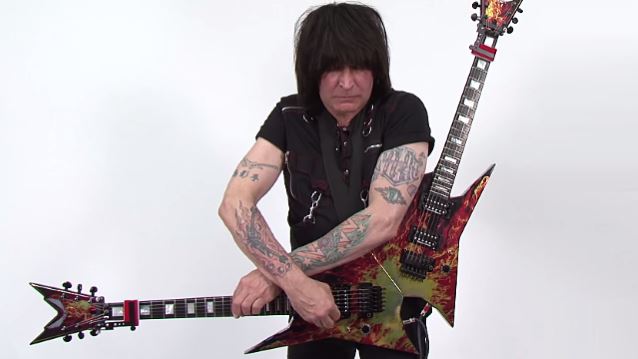 Michael invented and was the world's first player of the twin-necked, left and right-handed double guitar. He plays the guitar right-handed and/or left-handed. He also plays both guitars together in harmonies or two separate parts together at the same time.

In February 2012, Michael's Dean "Jet" Double-Guitar was put on permanent display in the Rock And Roll Hall Of Fame Museum in Cleveland, Ohio.