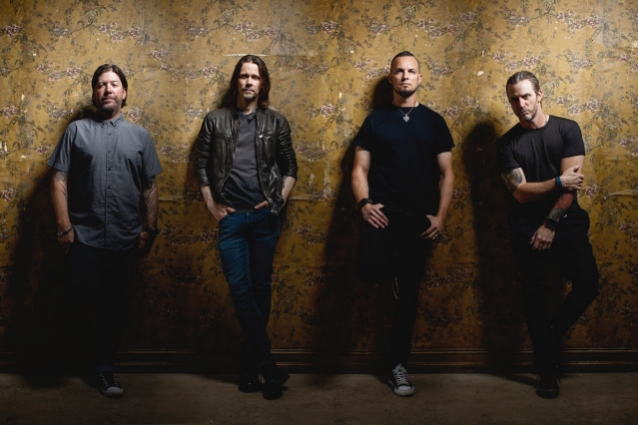 ALTER BRIDGE has released the official lyric video for the song "Godspeed". The track — described as an uplifting musical memorial for anyone who has lost someone — is taken from the band's latest album, "Walk The Sky", which was released in October via Napalm Records. According to a press release, the 14-track follow-up to 2016's "The Last Hero" is a "complete career retrospective drawing upon elements from each of the band's previous releases to create something new."

ALTER BRIDGE is getting ready to launch the first 2020 leg of its "Walk The Sky" tour. The band will play a kick-off show in Lake Charles, Louisiana at the Golden Nugget Casino on January 31 before jumping onboard ShipRocked as co-headliner alongside HALESTORM. Back on land, the band will make stops in Nashville, Tennesee; Indianapolis, Indiana; Milwaukee, Wisconsin; and Los Angeles, California, among others, before wrapping up on February 27 in Spokane, Washington. This leg will be just the beginning of what is shaping up to be a robust year of tour around the globe for ALTER BRIDGE. with more shows to be announced in the future.