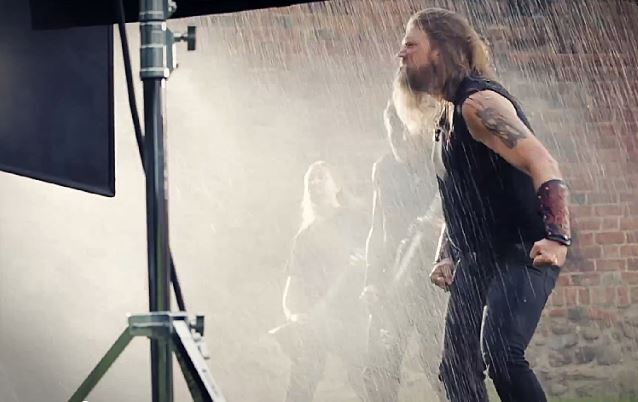 Berlin Metal TV has uploaded behind-the-scenes footage from the making of the video for "Deceiver Of The Gods", the title track of the ninth studio album from Swedish metallers AMON AMARTH. The video features clips from the film "Northmen - A Viking Saga", which stars Tom Hopper, Ryan Kwanten, Ken Duken, and features AMON AMARTH frontman Johan Hegg as Valli.

"Northmen - A Viking Saga" was shot for eight weeks primarily in South Africa, with some additional shooting in Germany.

Johan commented on his role: "Valli is a very experienced warrior and has a strong bond with his younger brother Bjorn. Valli looks brutal with his broad back and leather-dominated clothing. He has already experienced and survived a great deal. His face is full of scars."

Plot synopsis: "In the 9th century a group of Vikings, commanded by captain Asbjörn, is approaching Britain, aiming to plunder the rich monasteries in the north of the island. But their ship gets caught in a storm and is smashed to pieces on the rocks off the coast of Scotland, the only part of Britain without any Viking settlements. When Inghean, daughter of the Scottish King Dunchaid, by chance falls into Viking hands, they see the opportunity for demanding a large ransom. King Dunchaid immediately sets his 'wolfpack' — a group of mercenaries well known for their savagery — on them. The Northmen with their hostage now have to force their way through the rough highlands, where they meet the brave and mysterious Christian monk Conall. Having the wolfpack close on their heels, a desperate race against time begins. A battle over life and death..."

"Northmen - A Viking Saga" received a theatrical release in Europe on October 23.

"Deceiver Of The Gods" sold around 17,000 copies in the United States in its first week of release to land at position No. 19 on The Billboard 200 chart. The record arrived in stores on June 25, 2013 via Metal Blade Records.

"Deceiver Of The Gods" comes adorned with another outstanding Tom Thiel-created cover portraying a mythical battle between the Norse Gods Loki and Thor. As an added bonus, Messiah Marcolin (CANDLEMASS) makes an appearance as guest vocalist on eighth track, "Hel". 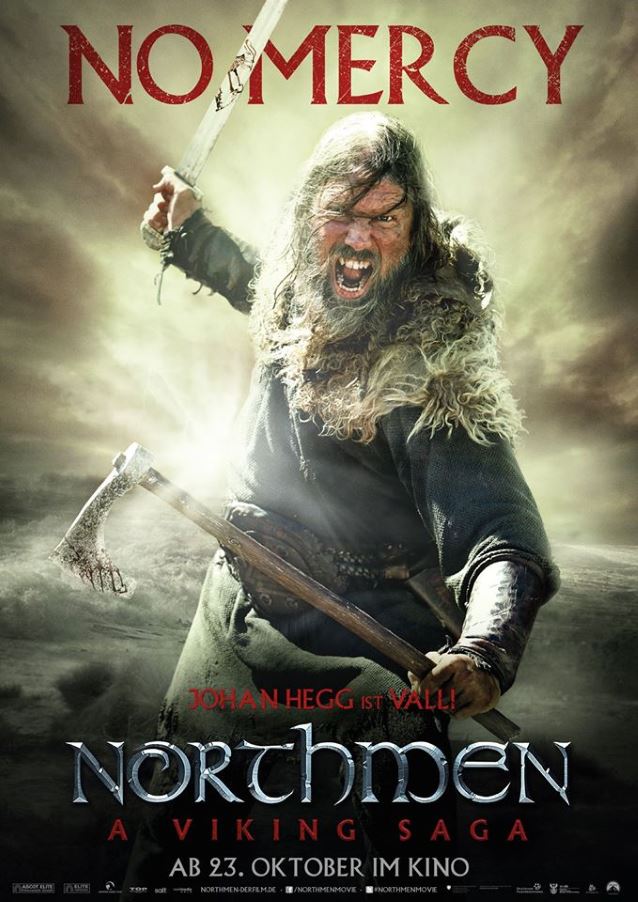