Get ready to mosh in the privacy of your own home, because multiple Grammy-nominated thrash masters ANTHRAX have announced the release of "Chile On Hell", a live-in-concert DVD that is due on September 16. "Chile On Hell" was filmed at the Teatro Caupolican in Santiago, Chile on May 10, 2013 and features ANTHRAX performing an extended set that featured songs from the band's entire catalogue.

"Chile On Hell" will be available on DVD and Blu-ray, was recorded in 5.1 Surround Sound, and will retail for $16.98.

"Santiago was the perfect place to film the show for this," said ANTHRAX drummer Charlie Benante. "When we'd played there in the past, we'd finish our set, play our encore and go back to the dressing room. But every time, the fans would continue to scream and cheer and clap. I mean, they went on and on, they wouldn't stop. One time Scott [Ian, guitar] and I walked out to the side of the stage just to watch what was going on in the audience, it was intense. Why wouldn't we want to film a DVD in front of an audience like that?

"Plus," Benante continued, "the time was right to do this DVD… We wanted to finish on a high note. We didn't want to look back and regret that we didn't record the live show."

"Chile On Hell" was produced by Jay Ruston and filmed by City Drive Entertainment Group and DC3 Global. The DVD's cover art was designed by Stephen Thompson, who partnered with Benante to "redesign" the artwork from last year's "Anthems" EP.

Fan-filmed video footage of the Santiago concert can be seen below.

SHADOWS FALL guitarist Jon Donais, who has been touring with ANTHRAX since Rob Caggiano's departure in January 2013, handled the lead-guitar parts at the Santiago show.

"Anthems", ANTHRAX's eight-track EP that pays tribute to the classic songs by some of the band's favorite acts from the 1970s, sold around 8,500 copies in the United States in its first week of release to debut at position No. 52 on The Billboard 200 chart. The CD was released in North America on March 19, 2013 (MRI/Megaforce), and on March 22, 2013 in Europe (Nuclear Blast). 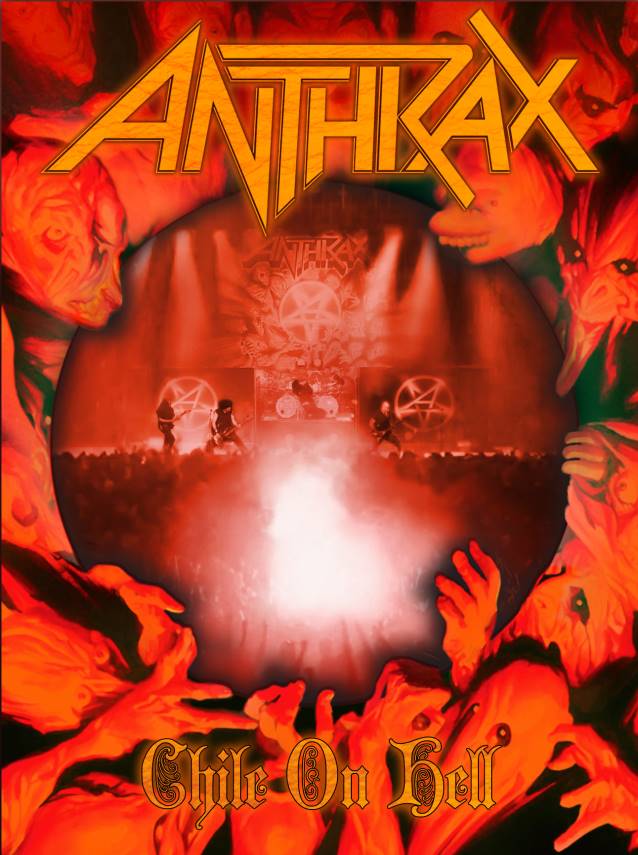