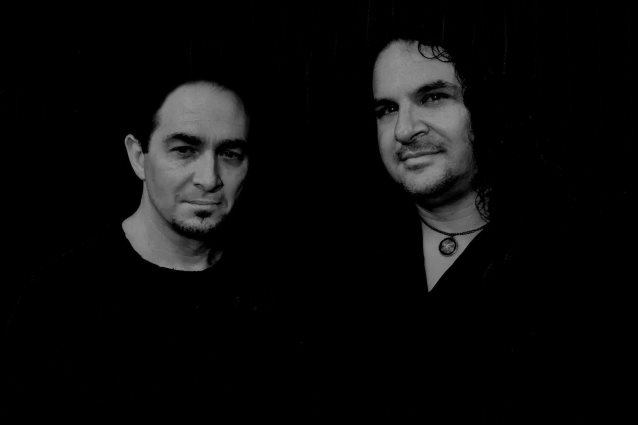 ARDUINI/BALICH, the new project featuring Victor Arduini, a founding member/guitarist of FATES WARNING, and Brian Balich, the almighty voice of ARGUS as well as the former singer of PENANCE, will release its debut album, "Dawn Of Ages", on February 24, 2017 via Cruz Del Sur Music.

The story goes back in time to the end of 2013 when Arduini put a final word to his experience with FREEDOMS REIGN. Victor needed more freedom to express his creativity, feeling his ideas weren't much fitting into the style of FREEDOMS REIGN anymore. "At that time I was at a creative peak," he explained. "It seemed like I wrote new riffs every day which seemed heavier and darker than anything I've done before. They were becoming more intricate and challenging which fueled my passion to see how far I could take them. I was really close to the whole process and soon realized it had to be a project where I could have complete artistic control and produce an album that represented who I am as an artist, guitarist and musician."

In search of musicians who could get along with this challenge, Victor recruited FREEDOMS REIGN drummer Chris Judge and was on the lookout for a singer when his path crossed with Butch who had recently shared stages with him.

"I truly feel Brian's vocals are some of the best he's ever done. It's like when Dio went from RAINBOW to SABBATH," Arduini stated. "Same voice but new music around it inspired new melodies and gave a different presentation. While it took longer than both of us expected for many reasons we reached the finish line and are both very proud of the music and our collaboration together. It is truly a joint collaboration and we hope our fans will enjoy what they hear."

"Dawn Of Ages" is one of the most ambitious records ever released on Cruz Del Sur Music. A monumental piece of music on the level of WHILE HEAVEN WEPT or ATLANTEAN KODEX's releases (to name two Cruz Del Sur recording artists). A roller coaster of emotions, an album that captures the collisions of two worlds, progressive and doom. The final result is a really amazing journey inside human soul. Through six original compositions that last for more than an hour, the audience will be captured and hypnotized by the eclectically familiar Victor's guitar melodies empowered by Butch's passionate interpretation. Indeed "Dawn Of Ages" is an album that could have been easily recorded in the mid/late '70s for the total dedication that transpires through each and every note of it. It is not an album that wants to please any old or new trend in metal, rather an intimate expression of two musicians who have always put their passion for heavy music before anything else.

"Dawn Of Ages" will be released in a deluxe six-panel digipack embellished by a wonderful, original Michael Cowell's (ALUNAH) artwork. The vinyl version will be released in a gatefold colored vinyl double LP with three incredible cover songs as a bonus: URIAH HEEP's "Sunrise", BEAU BRUMMELS' "Wolf Of Velvet Fortune" and BLACK SABBATH's "After All (The Dead)". 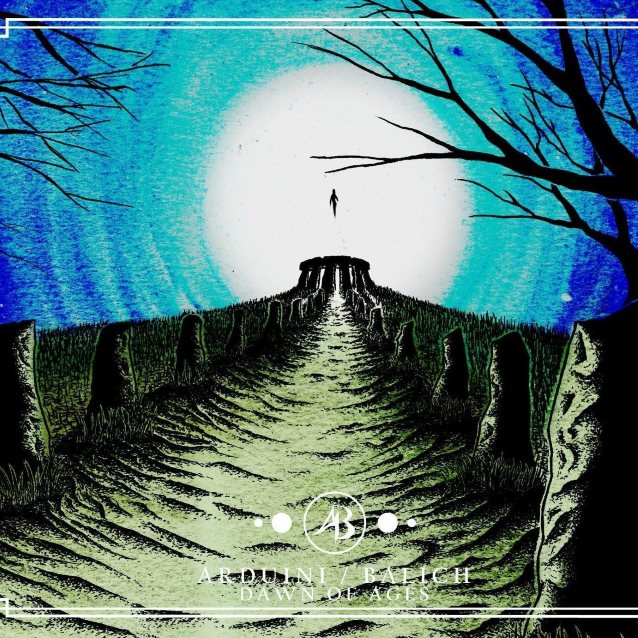