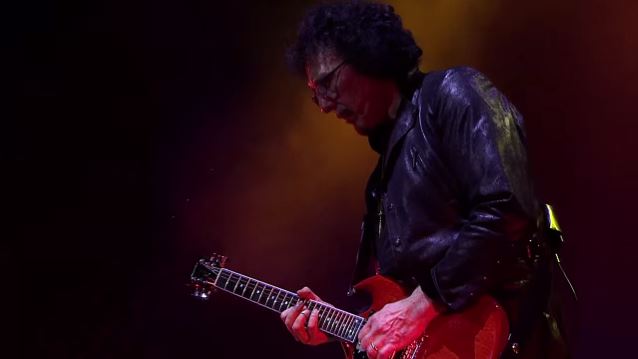 "On Saturday I had a chance to return a favour, one of my old pals and football legend Trevor Francis was receiving his Birmingham 'Walk Of Stars' award. He was there to support me when I received mine in the snow, the weather was better this time! I've just got my hands on a photo, so here I am with Trevor, Martin O'Neill (a previous Aston Villa manager), Jasper Carrott and Bev Bevan. You can tell who the musicians are, no ties!"

Broad Street's Walk of Stars honors those who have made a significant contribution in music, television, film, radio, theatre, sport, business and literature and is run by the Broad Street Business Improvement District.

On July 6, 2007, Ozzy Osbourne became the first artist to be honored on Birmingham, England's own Hollywood-style Walk Of Stars in the city's Broad Street / Centenary Square. Ozzy's SABBATH bandmate Tony Iommi received his own star in November 2008.