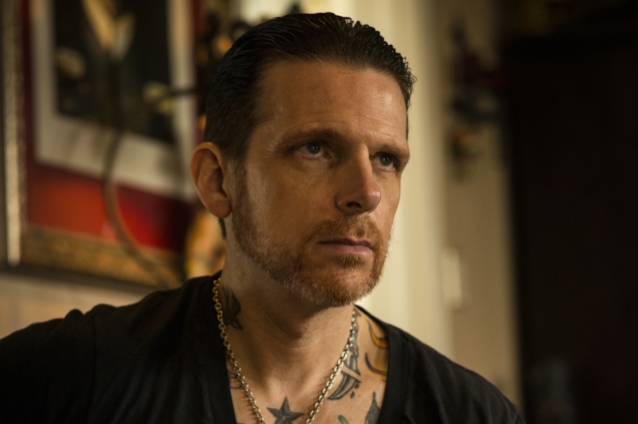 Ricky Warwick (BLACK STAR RIDERS, THIN LIZZY, THE ALMIGHTY) has signed a worldwide deal with Nuclear Blast for his solo album releases. Further, he also announced that he has begun recording his latest solo offering, "When Life Was Fast And Hard". Playing on the album are Warwick (vocals and guitars), Robert Crane (bass), Keith Nelson (guitar) and Xavier Muriel (drums) as well as several special guests.

Warwick commented: "I am happiest when I am writing songs. My solo albums are a pure expression of what I want to end up on the song."

Monte Conner, Nuclear Blast A&R, added: "It has been great getting to know Ricky Warwick since meeting him for the first time as a member of BLACK STAR RIDERS. He has an incredible knack and talent for storytelling, an amazing work ethic and lives music 24-7. Ricky is a true artist and the kind of guy you want to be in the trenches with."

Warwick tapped producer Keith Nelson (BUCKCHERRY, BLACKBERRY SMOKE, ALICE COOPER, THE DOSE) for production. Keith commented: "Ricky is a true rock and roll soul... He's got incredible stories to tell and a unique way of telling them. It's been an honor to be asked to partner and contribute to this record."

Ricky added: "Keith Nelson is a fantastic musician, producer, writer and good mate, so it was a no-brainer to work with him. BLACK STAR RIDERS is my absolute priority. But when time allows, it's great to be able to indulge in my solo material. I write constantly so it's good to be able to go in and finally record the follow-up to 'When Patsy Cline Was Crazy (And Guy Mitchell Sang The Blues)'. This is a full band record with a big sound."

More information on the release date and subsequent touring will be announced at a later date.