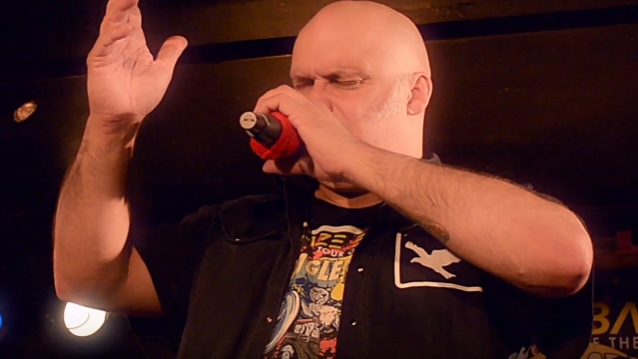 Multi-camera video footage of former IRON MAIDEN singer Blaze Bayley performing on May 9 at the Token Lounge in Westland, Michigan can be seen below (clips edited and produced by George S Pogacich).

The third album in Bayley's "Infinite Entanglement" trilogy was released in March 2018. "The Redempton Of William Black" was third part of the trilogy, bringing the sci-fi concept to a conclusion.

"The Redempton Of William Black" was the tenth album of Blaze's solo career, following his rise to global fame as singer with IRON MAIDEN (1994-1999). He was chosen for the MAIDEN role after coming to notice with his first band WOLFSBANE, based around home city of Birmingham, England, which is now the location for the recording of all his more recent solo releases.

"The Redemption Of William Black" was co-written with Chris Appleton of fellow British metal band ABSOLVA. Chris, who also co-produced the album and is lead guitarist and backing vocalist in Blaze's band for recording and touring, together with his ABSOLVA bandmates Martin McNee (drums) and Karl Schramm (bass and backing vocals).