Californian rockers BUCKCHERRY have announced leg one of their "Warpaint" North American tour. The trek will begin in Sacramento on March 6 and will feature support from JOYOUS WOLF.

Leg one will cover markets in the U.S as well as Western Canada. Leg two will run from the end of May through September.

VIP experiences will be available for all shows and can be purchased at BuckcherryVIP.com.

"After spending all fall recording our new album, 'Warpaint', we are excited to play these new songs along with all of the BUCKCHERRY favorites on the road throughout all of 2019," states BUCKCHERRY frontman Josh Todd.

"Warpaint" will be released on March 8, 2019 via Century Media/RED Music. The 12-song album, featuring 11 new BUCKCHERRY songs along with a cover of the NINE INCH NAILS classic "Head Like A Hole", was produced by Mike Plotnikoff, whose last collaboration with the band was the platinum-certified album "15". The album art was created by Aaron Marsh. 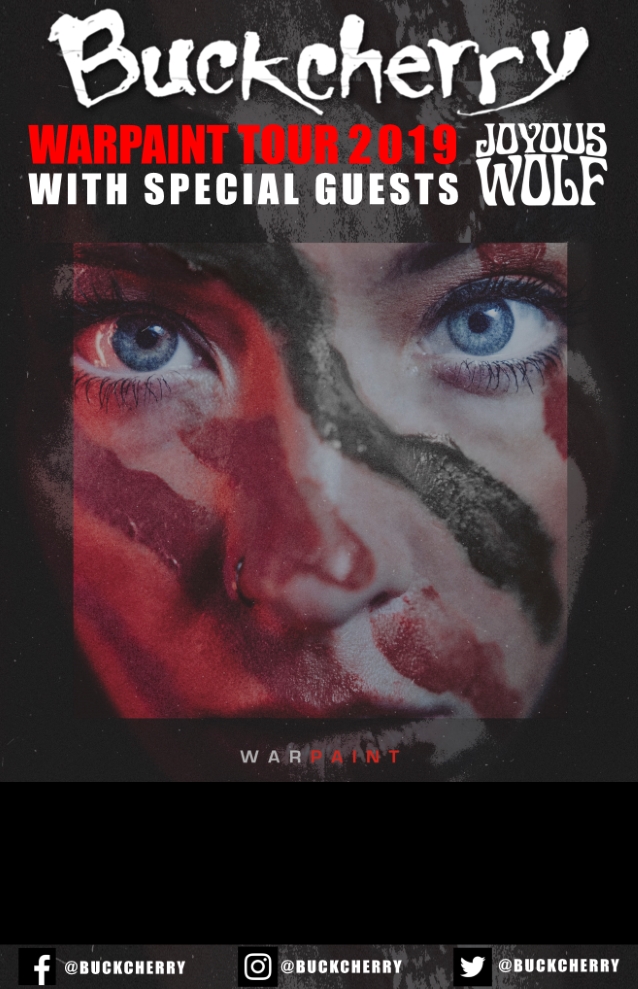