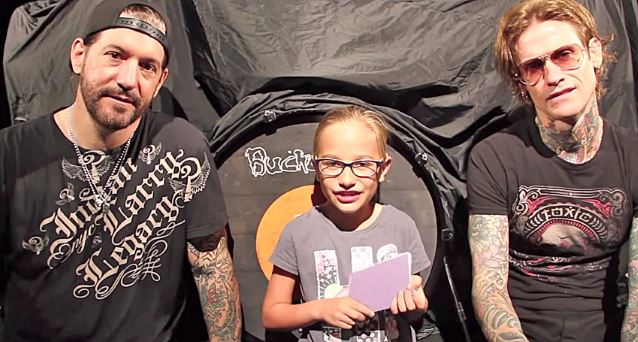 Piper of KidsInterviewBands.com conducted an interview with guitarist Keith Nelson and vocalist Josh Todd of BUCKCHERRY on June 13 at the Newport Music Hall in Columbus, Ohio. You can now watch the chat below.

"There's been so much talk about how rock 'n' roll is dead and all of this bullshit," explained Todd. "The funny thing is, that's been going on since we put out our first record in 1999. We wanted to call the new album 'Rock 'N' Roll', because this is what we've been doing our whole lives. We focused on making a record that encompasses all of what we are. You get every flavor of BUCKCHERRY."

Fans can catch BUCKCHERRY live in concert this summer on their North American tour.