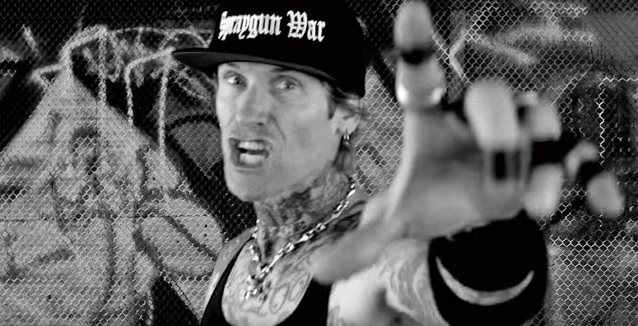 Issued on June 10, "Into The Blackness" was described in a press release as a departure from BUCKCHERRY's sound, featuring strong electronic and hip-hop elements.

During an August 8 appearance on the SiriusXM satellite radio show "Eddie Trunk Live", Todd explained how SPRAYGUN WAR came together. "Stevie and I have a long relationship," he said. "We knew each other way before BUCKCHERRY was even started. He was one of the first guys I met when I moved to Hollywood, and we worked together, and then we were roommates. So we've been friends for a long, long time, and we've always had a passion for electronic music.

"I got to write with [DJ] Muggs from CYPRESS HILL after [BUCKCHERRY's] 'Time Bomb' [2001] record; we did a few collaborations, and two of them made it on to his solo record 'Dust', and I really got a taste of it back then."

He continued: "I was just walking through a parking lot one day out on the road — Stevie and I hang out a lot on our days off — and I was just, like, 'Man, I need somebody to make me beats. I need to find a beatmaker, and all the beatmakers are giving their stuff to these young pop stars, and I want some cool beats that I can work on.' And I'd kind of fallen out of touch with Muggs. So Stevie was, like, 'I can make beats.' And I go, 'Okay. Make me a beat.' And then we just started writing. And the first song was 'Turn Out The Lights' that we wrote, which is on the EP, and after that song, we were just off to the races; we were just really enjoying it."

SPRAYGUN WAR has only played one show so far — on June 9 as part of a release party for "Into The Blackness" at Forgotten Saints in West Hollywood, California — but there are already plans for more dates in 2017. "[The EP release] was just a little show," Todd said. "We only had the EP of songs, and we only got to rehearse once. We're gonna be doing ShipRocked, and so we're gonna do a show on ShipRocked in January, and we already have three more songs, and by then we'll have a few more, and it'll be a nice set. And we're gonna have fun."

"Into The Blackness" track listing: 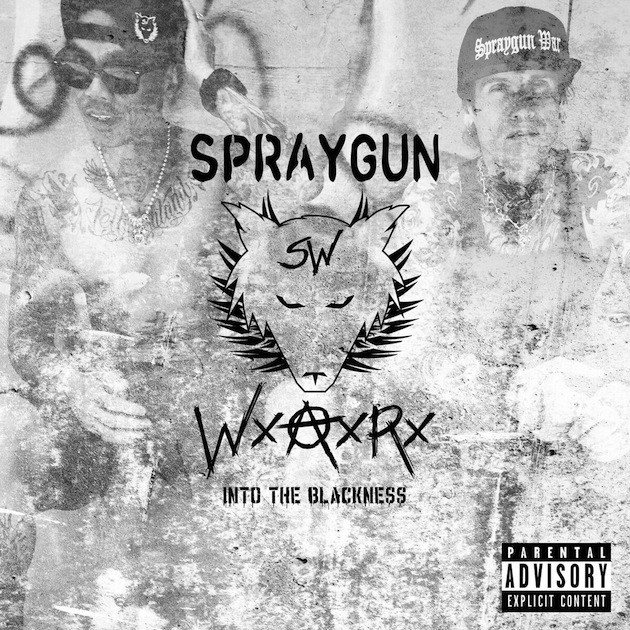