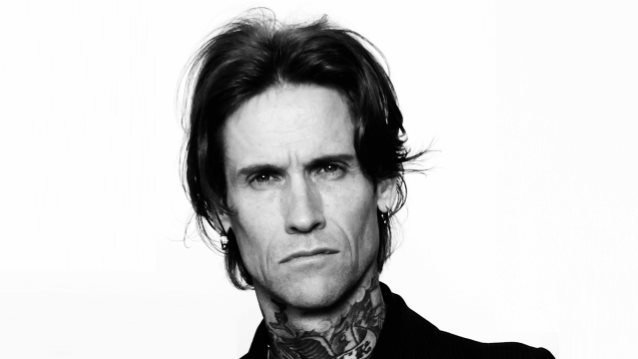 In a brand new interview with Meltdown of Detroit's WRIF radio station, BUCKCHERRY frontman Josh Todd was asked for his opinion on the recent passing of LINKIN PARK singer Chester Bennington. He responded (hear audio below): "I did not know Chester. But people who commit suicide, it's a very sensitive subject for me, 'cause that happened with my father, you know, and I'm a kid of that — it happened when I was ten. Alls I think about is these guys [like Bennington and Chris Cornell] had children, and it just wasn't a good choice. It's just an F-ed up thing that you do to the families. So I don't understand these guys who have a lot going on — they have great careers and hit songs. So that part of me is… I don't really have too many emotions about it; I just think about those kids."

He continued: "Alls I know is what I've dealt with through the years, as far as that empty hole. And I wouldn't want anybody to go through that. And I just feel like it was a really bad decision. I don't care what the guy was going through. It seemed like he really planned it out, and that's… I think he's got, like, four or five kids, from what I understand. I don't know…"

Todd added: "When you commit suicide, all of a sudden, there's no… You don't get any money from life insurance policies — that's gone. And so I don't know what he brings in on the music side of things. But hopefully those kids are taken care of. 'Cause they've got their whole lives that they've gotta have clothes and go to schools and, you know… and no dad. So it's not a good situation."

Bennington was found dead in his home in Palos Verdes by one of his employees shortly before 9:00 a.m. last Thursday. A Los Angeles County coroner confirmed that the cause of death was "suicide by hanging."

A half-full bottle of alcohol was found in the room, but it was reportedly not near the body.

Bennington had been candid about mental health battles in numerous interviews over the years, saying he grappled with depression, anxiety, suicidal thoughts and substance abuse.

Todd's new band, JOSH TODD & THE CONFLICT, will release its debut album, "Year Of The Tiger", on September 15 via Century Media. Joining the singer in the group is BUCKCHERRY guitarist Stevie Dacanay (a.k.a. Stevie D.).