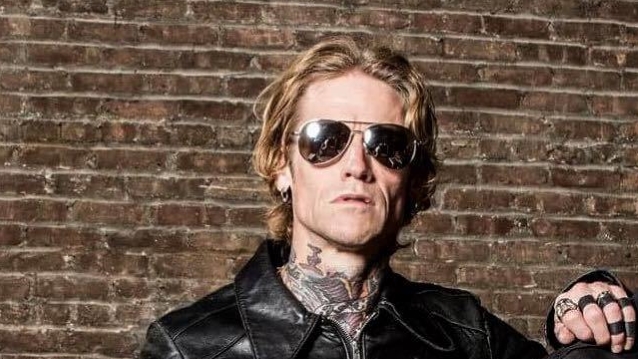 BUCKCHERRY singer Josh Todd says that he has yet to rekindle his friendship with Keith Nelson, nearly two years after the guitarist left the group.

Nelson's departure from BUCKCHERRY was announced in May 2017. At the time, no reason was given for his exit from the band. He was replaced by Kevin Roentgen, who had previously played with AMERICAN PEARL and SOUL.

Asked by "Rock Talk With Mitch Lafon" if there is any chance of a personal reconciliation between him and Nelson, Todd said (hear audio below): "I can tell you this. I really gave him an opportunity to set himself up for that, and he didn't take that opportunity. So, I can't tell you that there is. I can only personally tell you that I've done a lot of work on the subject and I can say this that I hope he's happy, and that's it. And I hope everybody who's had any kind of issue with [BUCKCHERRY] and had to leave is happy, 'cause that's all that matters at the end of the day. I don't hate him and I don't hate anybody."

BUCKCHERRY's new album, "Warpaint", will be released on March 8 via Century Media/RED Music. The 12-song disc, featuring 11 new BUCKCHERRY songs along with a cover of the NINE INCH NAILS classic "Head Like A Hole", was produced by Mike Plotnikoff, whose last collaboration with the band was the platinum-certified album "15". The album art was created by Aaron Marsh.

BUCKCHERRY recently recruited Francis Ruiz as its new drummer. He joins the band as the replacement for Sean Winchester, who exited BUCKCHERRY after laying down the drum tracks on "Warpaint".

Winchester hooked up with BUCKCHERRY in 2017 following the departure of the band's longtime drummer Xavier Muriel.