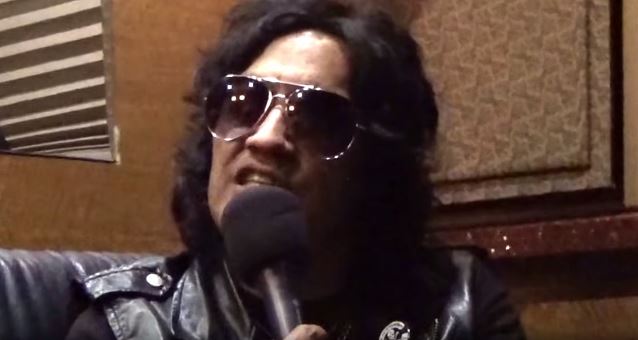 In a recent interview with Bladerunner of Bladerunner Radio, BULLETBOYS founding member Marq Torien (vocals/lead guitar) was asked if Republican presidential hopeful Donald Trump is someone that he would vote for. Torien responded: "Yes — [based on his] honesty and telling the people what's really going on with our country right now." He continued: "I might not be too fond of the way he's approaching it, but I think he's opening up people's minds to what's really going on right now, as far as our borders and different things like that. But I don't think the way he approached it, as far as calling out the Latino people, was… not the best thing. But he's The Donald — he speaks his mind, just speaks it out, and I have respect for that. But I also have respect for the fact that he is saying these things and people are talking about it. It's creating a conscience in our environment in this country to actually open up our minds. I mean, we were just watching today on CNN where the… [Asking someone off camera] Was it the governor of Arizona? Yeah, she was talking about that… Donald Trump was telling the truth, that they're having very hard problems with this whole thing.

"So, you know, I'm not a political guru, but I do have my pulse on what's happening with this country right now and in life in general."

Torien added: "You know, I'd have to see more, to be honest with you. Wouldn't you? What's going on with things. I'm not very happy with any of the candidates right now. I don't think America is either."