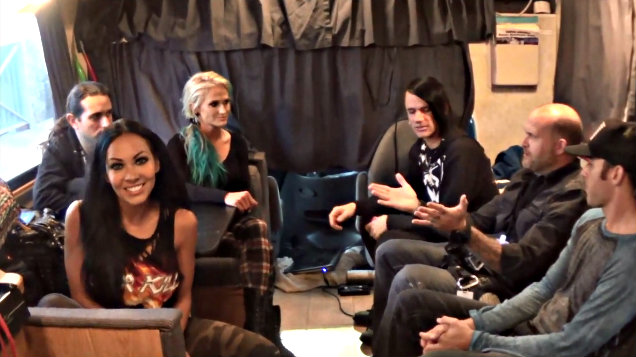 On October 21, Pittsburgh Music Magazine conducted an interview with BUTCHER BABIES in Pittsburgh, Pennsylvania during the band's tour with DANZIG. You can now watch the chat below.