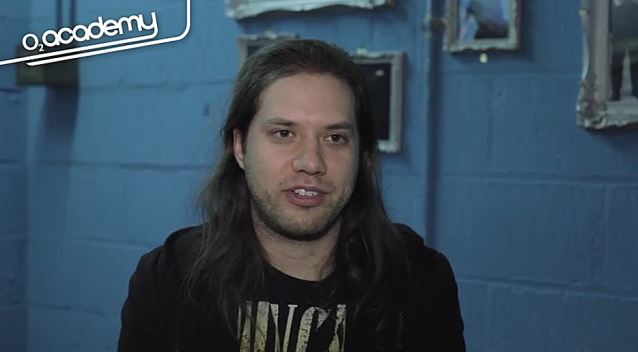 O2 Academy TV recently conducted an interview with keyboardist Janne Wirman of Finnish metallers CHILDREN OF BODOM. You can now watch the chat below.

CHILDREN OF BODOM will make its triumphant return to North America this February. The band has announced a six-week major market headlining tour that will kick off on February 14 in Quebec City, Quebec, Canada and hit 32 markets across the U.S. and Canada before wrapping with a two-night stand at New York City's Irving Plaza on March 28 and March 29. The tour will feature support from folk metal heroes TÝR and represents CHILDREN OF BODOM's first Stateside headlining run since the release of the band's new LP, "Halo Of Blood".

Premium ticketing packages are now available through ShowStubs.com. Packages include tickets along with hats, jewelry and other exclusive items available in some markets for a very limited time (less than two weeks).

New York fans will have the opportunity to see two unique CHILDREN OF BODOM shows, a different set each night. In addition, 100 two-night packages are available for New York City which include one ticket for each evening, early entry to the venue both nights, an exclusive show poster and access to the VIP Balcony section. Packages will become available to the public on November 8 at 10 a.m. local time.

CHILDREN OF BODOM's eighth album, "Halo Of Blood", sold 8,400 copies in the United States in its first week of release. The CD was made available on June 11 in North America via Nuclear Blast Records. The cover art was created by Sami Saramäki, who was responsible for the artwork on previous CHILDREN OF BODOM albums "Follow The Reaper", "Are You Dead Yet?" and "Hate Crew Deathroll".

CHILDREN OF BODOM's new album was recorded at Danger Johnny Studios in Helsinki. For the recording of the LP, CHILDREN OF BODOM has teamed up with recording engineer Mikko Karmila, who worked with the band on their fan-favorite albums "Hatebreeder", "Follow The Reaper" and "Hate Crew Deathroll", as well as Swedish producer Peter Tägtgren (MARDUK, AMON AMARTH), who oversaw production of both vocals and keyboards on the record. The album was mixed at Finnvox Studios in Helsinki. 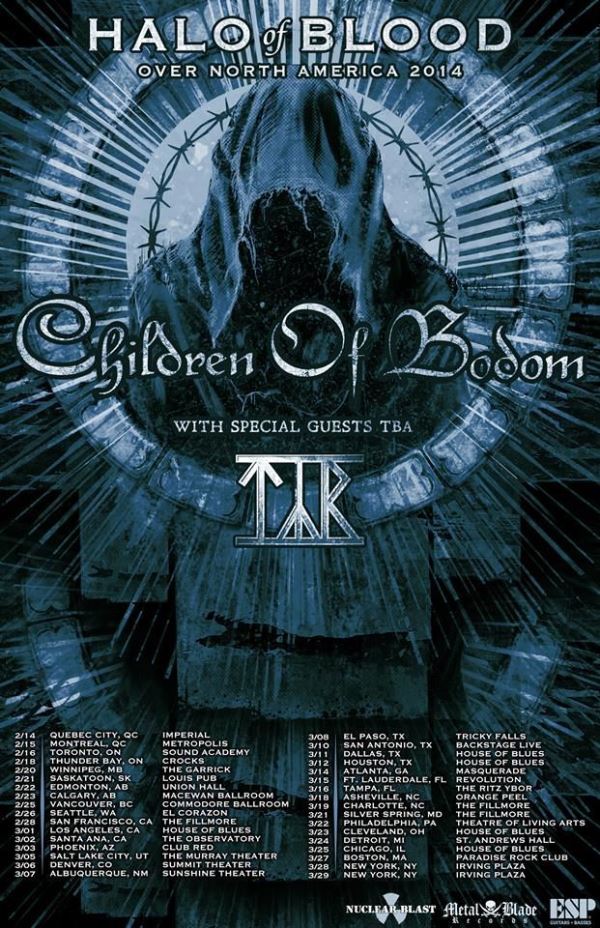