The band's progressive death metal approach on its debut EP, "The Last Tree" (released December 2007), has now blossemed into new black metal territory for the full-length.

Combining AGALLOCH's folk-tinged atmosphere, ENSLAVED's avant-garde black metal explorations, and a dose of SLOUGH FEG / IRON MAIDEN traditional heavy metal, the new compositions will appeal to fans of all forms of progressive, story-driven music while still delivering ample headbanging and horn-raising to metal purists. While CORMORANT's formation was an accidental meeting of opposites, their music emerges as more than the sum of its parts.

CORMORANT hopes to release the album in the second quarter of 2009. The band, which is currently unsigned, plans on shopping the finished CD to labels. 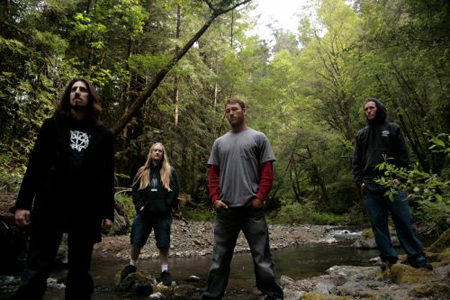