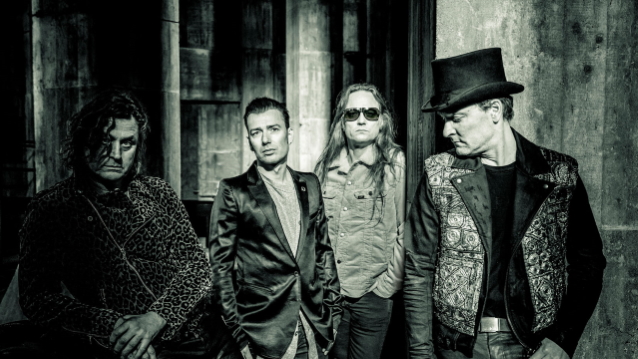 Barbara Caserta of Linea Rock conducted an interview with frontman Jesper Binzer of Danish rockers D-A-D prior to the band's December 4 concert at Legend Club in Milan, Italy. You can watch the entire chat below. A few excerpts follow (transcribed by BLABBERMOUTH.NET).

On the fact D-A-D is popular in Scandinavia but is typically relegated to small clubs in other parts of the world:

Jesper: "There's many reasons. I think, first of all, we [were] brought up and started out in the punk rock [scene]. I think the whole edge and the whole thing is energy and is very important. We're born with that kind of energy. I think Dee Dee Ramone said it best — he said, 'One, two, three, four!' That's what he brought, to keep on keeping on. Maybe we're lucky we didn't break gigantic in the rest of the world, so we had some time on and some time off. Maybe that could be one of the reasons. Another reason is that we've been lucky with what we did from almost the very beginning. When you feel people like what you're doing, you keep on doing it because it's a part of you and a part of them."

On the writing process for D-A-D's latest studio album, "A Prayer For The Loud":

Jesper: "I think that because it was eight years between the albums, we had time to make a lot of songs, so we did make a lot of songs. But in those eight years, we also did an album tour in Scandinavia and Europe where we played two classic albums in one night. We spent two summers playing 'Riskin' It All' and 'No Fuel Left For The Pilgrims'. Maybe it influenced our DNA a little, but also, having time to make a lot of songs in those years and not really settling on an album, just making songs and composing, I think we could pick out the ones that had the most energy, which none of us was looking back. We weren't looking back. We weren't, 'Oh, we need to do some classic D-A-D.' It's always been the same; we just want to make a D-A-D album."

On D-A-D's less well-received mid-'90s albums such as "Helpyourselfish" and "Simpatico":

Jesper: "D-A-D started out being very lucky in the sense that whenever we took a step away from ourselves, away from what people perceived the real D-A-D, things were happening. When we started out, we made two albums before 'No Fuel Left For The Pilgrims', they were like country-punk. When we made 'No Fuel Left For The Pilgrims', there were a lot of angry people in Denmark and Scandinavia, 'Why are you not playing country-punk anymore? What are you doing with that heavy metal stuff? What is going on?' We've been through this many times. I think it's very important artistically to leave your past behind and only look forward. At a certain point, and maybe that comes with a 35-year-old birthday, maybe when you're 35 years old, it's, like, 'Okay, we've built a brand, maybe we should respect the brand instead of going off into jazz and into reggae and black metal.' Now we respect the brand and of course, we are alive as musicians and artists, but we try to respect the D-A-D brand."

On why D-A-D has struggled to break into the North American and U.K. markets:

Jesper: "The thing about irony. When you're in America and England, rock and roll is very serious. It's a very serious thing and it's very important that you don't laugh about it or you don't show other angles of their rock and roll. We've been guilty through the years to make a little fun of rock and roll as well as embracing rock and roll, so that's one of the reasons. How do we live with it? I mean, to be honest right now and looking back, and I must say, this feeling over the last ten years, looking back, if we were to have as much success outside of Scandinavia as we've had in Scandinavia, one of us would probably have died from an overdose. I'm pretty sure that the reason why we are still here is because we didn't blow up big when we started out. It fits with my mentality, it fits with our mentality, it fits with what we actually set out to do. Freedom. It's the most important part of this whole thing. Freedom, creativity, freedom in creativity. Freedom in being able to evolve yourself instead of going straight into the brand, straight into becoming a machine or a robot. You still keep yourself as a living human being. I think that's where art begins, not so much [about] money, but art and freedom."

On whether he considers the success of their 1989 single, "Sleeping My Day Away" to be a blessing or a curse:

"A Prayer For The Loud" was released last May via AFM Records. The band worked on "A Prayer For The Loud" for the past three years while breaking off to go touring. The album was produced in familiar surroundings at Grapehouse studio in Copenhagen with longtime collaborators Nick Foss and Rune Nissen Petersen. 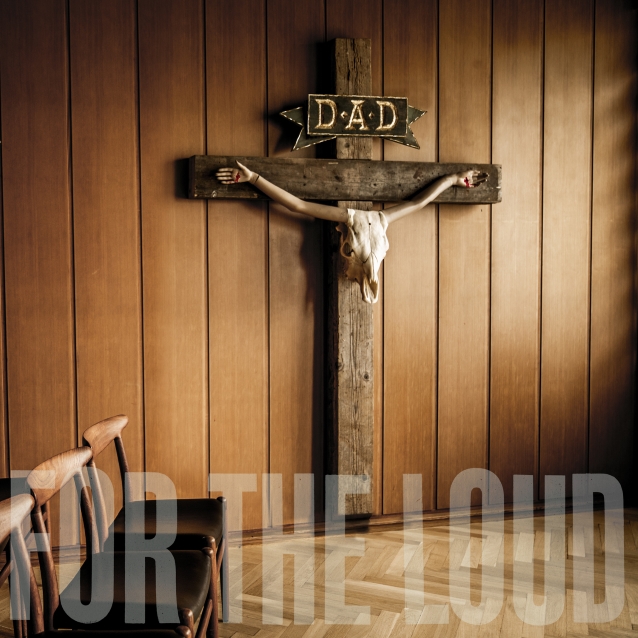