The band's highly anticipated tour kicks off today in Pensacola, Florida at the Pensacola Bay Center. The Live Nation-produced outing will storm through 56 cities across all parts of the U.S. and Canada. Joining DEF LEPPARD on their mighty summer tour are REO SPEEDWAGON and TESLA.

DEF LEPPARD guitarist Phil Collen told The Pulse Of Radio he and his bandmates always look forward to playing their hits out on the road. "Every night when someone's singing along — especially when there's a lot of young kids there, 16-year-olds and that — it is fresh, actually makes you feel really good when there's a whole new breed of people just singing away to songs that you've done," he said. "It doesn't really matter whether it's a new song or an old song, it's still our song, so it's a huge compliment. It really is, it's the best thing in the world."

DEF LEPPARD's latest, self-titled album entered The Billboard 200 chart at position No. 10 with first-week sales of just over 30,000 units — nearly all from pure album sales.

The album is the band's first studio effort since "Songs From the Sparkle Lounge" in 2008. 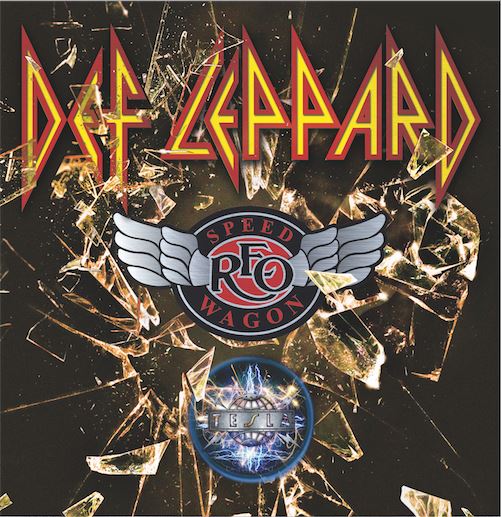