Whether it's METALLICA's iconic cover or DIAMOND HEAD's groundbreaking original, "Am I Evil?" is the perfect heavy metal song, a thrilling eight-minute journey into a world of violence, bloodshed, dark magic, beauty, and vengeance.

"Am I Evil? The Graphic Novel" takes us deep into the story of the song, from the fiery execution of the young anti-hero's mother, on through his madness, his assassin's training under The Prince, his connection to the mysterious "sweet and timely whore," and ultimately, his bloody quest for vengeance.

The scripter and the man behind the idea is Jack Mangan, a longtime heavy metal headbanger, podcaster, musician, author, and a journalist. Mangan has acquired permission from Brian Tatler and Sean Harris, founding members of DIAMOND HEAD, to create a graphic novel interpretation of their classic song.

Join the team in visualizing this storytelling journey that began 40 years ago in Stourbridge, England, then leapt from Lars Ulrich's garage to the largest stages in the world. How does our anti-hero carry out his revenge? Who are the twenty-seven who killed his mother? Was she really a witch? Find the meaning of the "bodies on the ice" and the "sweet and timely whore" in the pages of the "Am I Evil? Graphic Novel".

DIAMOND HEAD's latest album, "The Coffin Train", was released in May 2019 via Silver Lining Music. The album was recorded at Vigo Studios in Walsall, Circle Studios in Birmingham and Raw Sound Studio in London. 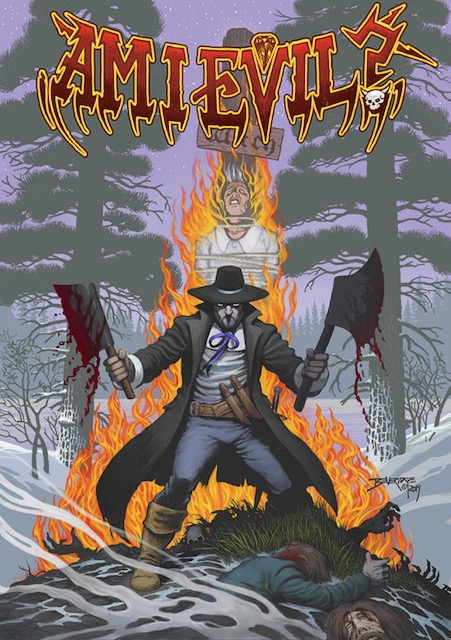