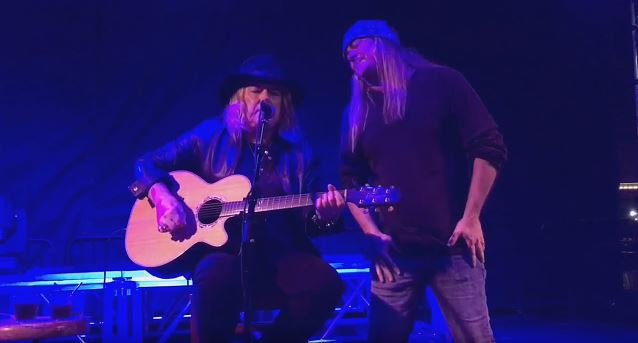 DOKKEN mainman Don Dokken played a special solo acoustic show on Thursday, November 17 at Proof Rooftop Lounge in Houston, Texas. Joining him during the set for a performance of the DOKKEN classic "In My Dreams" was former SKID ROW singer Johnny Solinger. Fan-filmed video footage can be seen below.

Dokken, Pilson, Lynch and Brown launched the Japanese tour on October 5 in Osaka, before heading to Fukuoka, Tokyo for an appearance at the Loud Park festival and continuing on to Hiroshima, Aichi and finally, back to Tokyo for the final show on October 12.

Don recently told Billboard that the main reason he doesn't want to continue with the classic DOKKEN lineup is that "loves" the band he has now — which features Brown, alongside longtime guitarist Jon Levin and bassist Chris McCarvil. "We've been together for 13 years, and I don't want to hurt that franchise," he explained. "Plus if we were to continue with [the classic] lineup, old wounds might be opened, and I don't want to revisit that. I don't think any of us wants to. It's all great when a marriage fails and you say, 'I'm gonna get back with my ex' — for a week, maybe. Six months into it, the wounds come back. I don't want to experience that. It's just not part of my life anymore, and I think the other guys feel the same way."

Solinger, who joined SKID ROW in 1999, was fired by the band in April 2015 and replaced by TNT singer Tony Harnell. 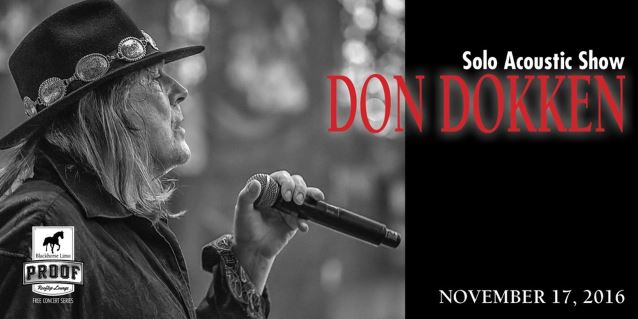