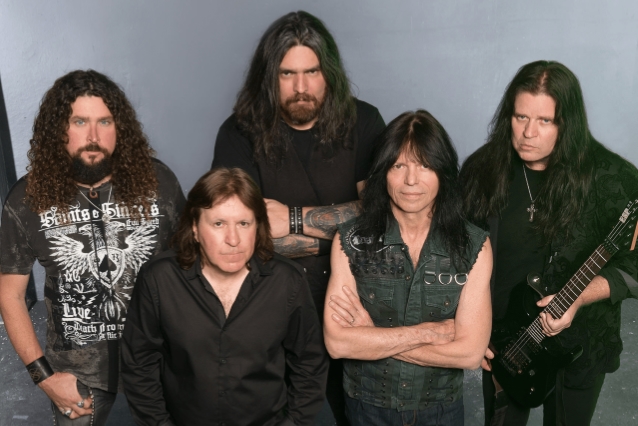 "Midnight Song", the new video from DREAM CHILD, the band featuring former members of DIO, AC/DC and QUIET RIOT, can be seen below. The song is taken from DREAM CHILD's debut album, "Until Death Do We Meet Again", which is being released today (Friday, September 14) via Frontiers Music Srl.

The "Midnight Song" clip was directed by Jamie Brown, who has previously worked with DOKKEN, LYNCH MOB and KXM.

Commented Goldy: "When Chas West and I wrote 'Midnight Song', I had the music and he and I had the melody lines — but we needed a story line and a title to start the lyrics off with. Then Chas told me about an old term called a 'midnight song.' It's whatever's bugging you and keeping you from sleeping at night. Whatever that is, that's your midnight song! I thought that was a cool premise to write about within the confines of our melody lines.

"I think it turned out rather well. It has a bit of a WHITESNAKE / RAINBOW / DEEP PURPLE kinda thing going on, with a tough yet sleazy sort of feel. I've always liked that sort of song-element combination.

"The video was fun," Goldy added. "Jamie is a great director/videographer. He got a studio where there were individual rooms that had a very authentic look to them — a jail cell, an interrogation room, an apartment, bar, hospital bed and so forth. When he and I were discussing the videos, he'd pick up on things in the lyrics that I didn't think about using as a 'scene,' much like he did for our first video, 'Under The Wire'. There were a lot of great people at this shoot; we had a lot of fun, and Jamie never seemed to run out of creative ideas — especially in the post-production of this video, where his gifts really shine."

"Until Death Do We Meet Again" track listing:

Goldy stated about DREAM CHILD's formation: "The band DREAM CHILD was conceived during a brainstorming session with Serafino (president of Frontiers) and I one day while discussing other matters.

"I had been listening to my favorite bands a lot recently, DEEP PURPLE and RAINBOW's 'Rising' album, among others in that style, and had noticed that many people who also love those bands often have the very same comments as one another: 'They don't make music like that anymore!' Even though I said that in passing, Serafino asked me a question that would forever shape my future. He simply asked, "Well, can you?" and I said, 'Yes!!!'

"During the very first public memorial for our most beloved Ronnie James Dio, I had mentioned that whenever I do start writing original material again that I would utilize everything that I had learned from working side by side with the Master for so many years in such a way that I would hope to make him proud... and here it is! The name is inspired by one of his lyrics on the 'Dream Evil' album and the nickname he gave me at the time, Dream Child!

"We are so very fortunate to have bassist Rudy Sarzo as a featured guest, Simon Wright on drums, Wayne Findlay on guitars and keyboards, and a surprise vocal discovery from Argentina, Diego Valdez, whose voice will send shivers up your spine!

"This album will bring back memories of the days most people have thought were long gone and never to return, yet it is also new and fresh enough to be unique with some unexpected twists and turns!! No more 'same old, same old' here, no fillers. Every song is an oasis in the desert and a rare gem in the coalmines of life in this new world that thinks the past greatness of rock would remain in the past. We've brought it back to life once again!!

"I am very proud of this album and all who have made this become a reality. There are some big names who've lent a hand in the writing and I am amazed at the new and aggressive sound that producer Alessandro Del Vecchio has brought to these songs! I hope you all agree...." 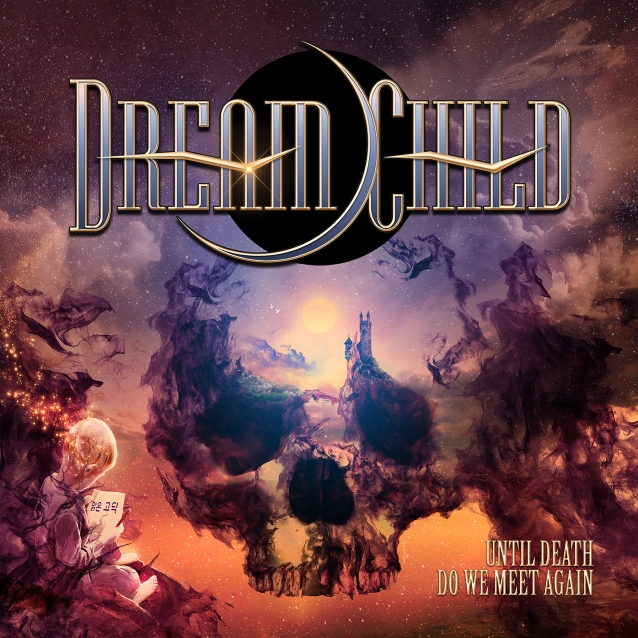