"Angels & Demons" comes off EDEN'S CURSE's sophomore studio release, "The Second Coming", which will be released in Japan via Spiritual Beast on October 15, North America via Metal Mayhem Music on October 22 and finally in Europe via AFM Records on October 24.

Once again production duties were handled by PINK CREAM 69 bassist and producer extraordinaire Dennis Ward (ANGRA, KROKUS, SILENT FORCE, ALLEN/LANDE) as the band have truly "upped the ante" in terms of song writing, performance and production. Assisting Michael Eden (vocals), Thorsten Koehne (guitar), Paul Logue (bass), Pete Newdeck (drums) and Ferdy Doernberg (keyboards) in creating this huge wall of sound is none other than the voice of TNT, STARBREAKER, WESTWORLD and now a solo artist, Tony Harnell, who sings backing vocals on the whole album. Former RAINBOW and YNGWIE MALMSTEEN frontman and current CORNERSTONE and EMPIRE vocalist Doogie White once again returns to the aid the Curse Choir along with the ever-present Carsten Schulz of EVIDENCE ONE, MIDNITE CLUB and Roger Staffelbach's ANGEL OF EDEN fame. 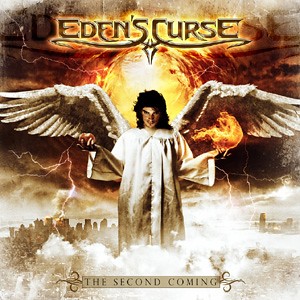