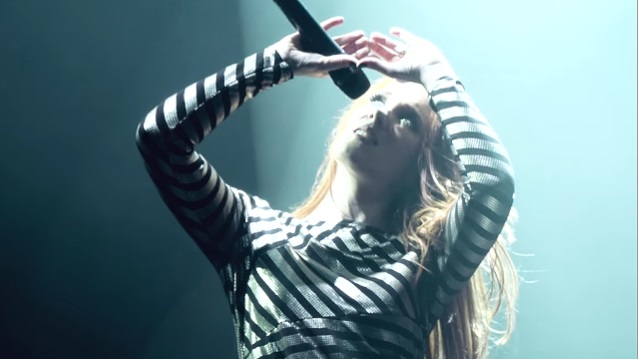 Dutch symphonic metal giants EPICA have released a new performance video for the song "Consign To Oblivion". The footage was captured during EPICA's sold-out show at the Zénith in Paris last February where the band closed its most successful European tour to date together with an excited legion of five thousand fans. This video, which was captured and edited by Panda Productions, perfectly mirrors the band's craving for non-stop innovation and for continuously improving its live performance.

This Thursday, EPICA will embark on a headline tour across Europe with support from VUUR and MYRATH.

EPICA lead guitarist Isaac Delahaye comments on the clip: "Hey legion! Here's a live video we still had on the shelf. Glad we can take you into the world of 'Consign To Oblivion', the song that usually marks the end of an EPICA show. It's bombastic and builds towards an epic climax, and it's always fun to play. Enjoy watching, and see you soon during our European tour with VUUR and MYRATH!"

EPICA is continuing to tour in support of its latest EP, "The Solace System", which was released on September 1 via Nuclear Blast. The effort contains six brand-new songs which were created during the sessions for the band's latest album, 2016's "The Holographic Principle".

"The Solace System" was recorded, mixed and mastered by Joost van den Broek and Jacob Hansen. 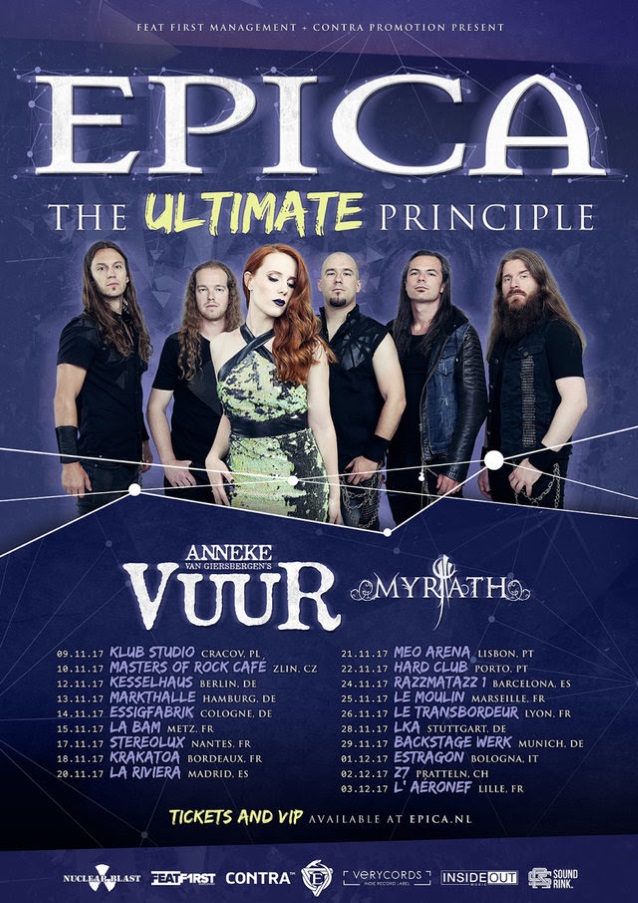