Housecore Horror Film Festival co-founder Philip Anselmo had this to say about the last-minute addition of one of his favorite bands of all time: "Sadly, CROWBAR will not be able to make the gig. But madly great news is that the mighty MELVINS are gonna jam the fucking night away!"

Many people have wondered if EYEHATEGOD would carry on despite the tragic and unexpected death of drummer Joey LaCaze, 42, last month of respiratory failure brought on by asthma. Amazingly, MELVINS drummer extraordinaire Dale Crover has stepped up to the kit to honor LaCaze's name and help the EYEHATEGOD legacy reach its 25th anniversary at Housecore Horror Film Festival.

Said Anselmo about the news that his long-time New Orleans mates will still be able to play Housecore Horror Film Festival: "In the wake of severe tragedy, with EYEHATEGOD drummer Joey LaCaze passing away recently, MELVINS drummer Dale Crover will be filling in for an unforgettable alliance with EYEHATEGOD! Dammit, you KNOW you have to see this unique performance! If you don't have a ticket to the EYEHATEGOD, get one ASAP to witness this historic event. It’ll be historic on so many levels!"

Housecore Horror Film Festival is also excited to welcome New York-based horror doom metallers BLOOD FARMERS. Originally formed in 1989, the band combines the atmosphere of '70s horror with heavy doses of psychedelia and doom in the tradition of BLACK SABBATH and SAINT VITUS. Now, thanks to the bandmembers' affiliation with cult film distributor Grindhouse Releasing, BLOOD FARMERS will make their first-ever appearance in Texas alongside the movies that inspired their creeped-out music... live at the Housecore Horror Film Festival! 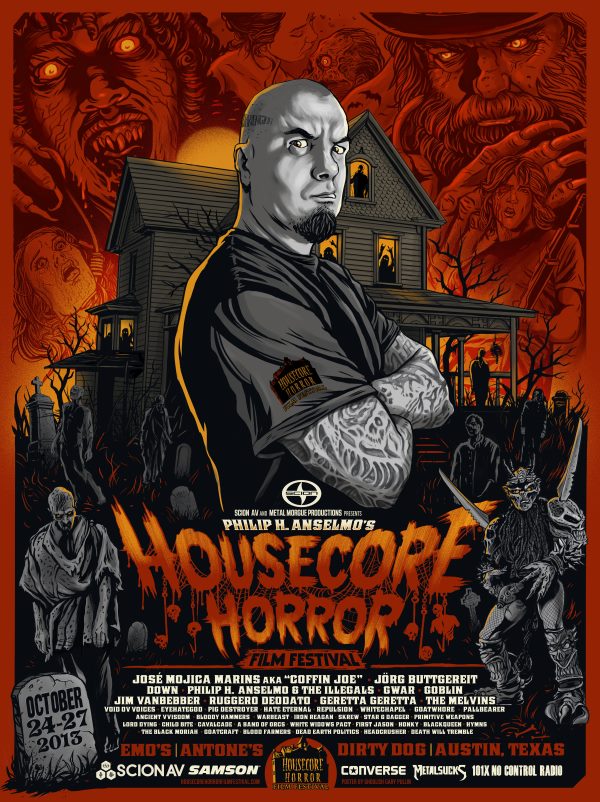