Fan-filmed video footage of FANTÔMAS's June 24 performance at Glen Helen Amphitheater in San Bernardino, California as the support act for TOOL can be seen below.

The brainchild of FAITH NO MORE singer Mike Patton (pictured), FANTÔMAS is an anti-hero from a series of pre-WWI French crime novels, sometimes dubbed the "lord of terror." Rounding out the lineup are Buzz Osborne (MELVINS) on guitar, Trevor Dunn (MR. BUNGLE, TREVOR DUNN'S TRIO-CONVULSANT) on bass and Dale Crover (MELVINS) on drums. This marked the band's first U.S. show since 2008. Regular FANTÔMAS drummer Dave Lombardo (ex-SLAYER) was unable to make the Glen Helen Amphitheater concert due to his touring commitments with SUICIDAL TENDENCIES.

"Suspended Animation" contained 30 tracks, each titled after a different day in the month of April. 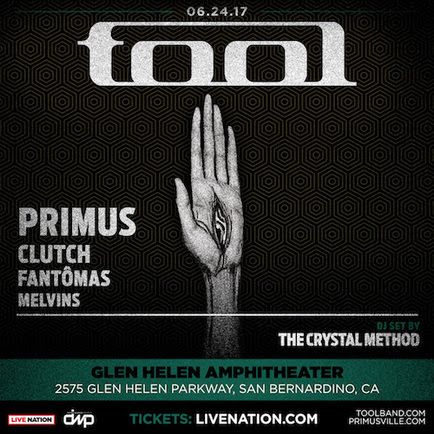