FOO FIGHTERS will bring rock and roll back to concert arenas once again, this time on their Los Angeles home turf, at the Forum — where its members are just as likely to show up in the crowd as on the stage.

On July 17, the band will play the first full-capacity concert at the iconic Forum in more than a year.

FOO FIGHTERS played a sold-out show on June 20 at the Madison Square Garden in New York City. To warm up for the MSG gig, FOO FIGHTERS performed five days earlier at the Canyon Club in Agoura Hills, California. Both venues required ticket buyers to be fully vaccinated against COVID-19 to attend.

Last November, FOO FIGHTERS played a livestreamed concert for fans at The Roxy in West Hollywood, California. Six months later, they participated in the televised Live Vax concert at SoFi Stadium in Inglewood.

It is not presently clear if the FOO FIGHTERS concert at The Forum will require proof of COVID-19 vaccination to attend.

FOO FIGHTERS are continuing to promote their latest album, "Medicine At Midnight", which landed at No. 1 on Billboard's Top Album Sales chart with first-week sales of 64,000 copies in the U.S.

23,000 of "Medicine At Midnight"'s first-week sales came from vinyl LP sales, with CDs and digital albums registering 20,000 each.

"Medicine At Midnight" came out on February 5 via Roswell Records/RCA Records. The LP is a nine-song, 37-minute effort which was produced by the FOO FIGHTERS and Greg Kurstin. 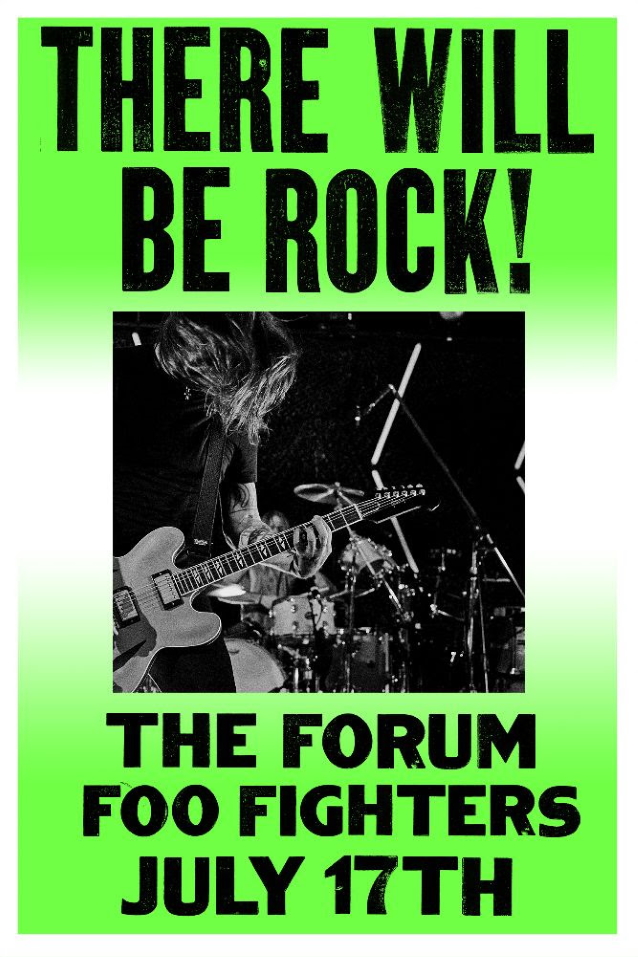