FOO FIGHTERS are taking no time to bask in the ecstatic reception to their November 7 "Saturday Night Live" debut performance of "Shame Shame", the first taste of their tenth album, "Medicine At Midnight", due out February 5, 2021 on Roswell Records/RCA Records. On Saturday, November 14 at 5 p.m. Pacific Time, FOO FIGHTERS will be regrouping to mount a full-on rock invasion of your living room, when they play a full set streamed live from the Roxy in Hollywood for any and all who buy a ticket for $15 at this location. If you can't be in front of a TV, tablet, phone, laptop etc. at exactly that time, don't worry: ticket buyers will have access to replay the full stream for 48 hours from the start of the show.

FOO FIGHTERS' Roxy streaming concert event is brought to you in part by the good people at Coors Light, and will feature innovative new technology custom created for this one-of-a-kind FOO FIGHTERS show: Beer's Eye View. For 25 years, Coors Light has been on stage — and in hand — with FOO FIGHTERS. Now for the first time, Beer's Eye View will take fans behind the scenes backstage, into the thick of the action onstage, and to the best seat in the house (the VIB a.k.a. Very Important Beer section) — all from the unique perspective of a live "Can Cam" attached to Dave Grohl's own Coors Light.

In other FOO FIGHTERS visual news, the official video for "Shame Shame" can be seen below. Directed by Paola Kudacki and co-starring Grohl and Sofia Boutella, "Shame Shame" renders in stunning black and white an interpretation of a recurring dream that's haunted Grohl since his childhood days.

A portion of proceeds from FOO FIGHTERS' Roxy streaming show will go to Sweet Relief. Founded in 1993 by Victoria Williams, Sweet Relief Musicians Fund provides financial assistance to all types of career musicians and music industry workers who are struggling to make ends meet while facing illness, disability, or age-related problems. Sweet Relief is providing immediate assistance to anyone in the music industry who has been financially impacted by COVID-19.

On Monday, Grohl called in to SiriusXM's Alt Nation and spoke with SiriusXM's Jeff Regan about the "Medicine At Midnight". Regarding FOO FIGHTERS' musical approach this time around, Dave said: "It's our 10th album, and it's our 25th anniversary. We're. like, okay, let's look back at all the stuff that we've done before. We've made that loud sort of noisy punk rock fast stuff. We've made the sleepy acoustic kind of gentle acoustic record stuff. We've done the three- or four-minute-long bubblegum rock and roll, pop, single thing before. And it was, like, well, what haven't we done? And we had never really made a groove-oriented sort of party record.

"It's hard to put the words 'dance' or 'funk' or 'disco' in the same sentence as the FOO FIGHTERS; it scares the shit out of me," Dave admitted. "But all of us grew up loving rock and roll records that you could like bounce around to, like THE CARS. Like, oh my God, we love THE CARS. Or David Bowie's 'Let's Dance'. Or POWER STATION. Or THE [ROLLING] STONES' 'Tattoo You' — things like that. We're, like, 'All right. We've never really explored that territory before. Let's do it.

"We're lucky in that everybody in the band has diverse influences and everybody loves different kinds of music, but I honestly think we're capable of doing almost anything," he said. "So if we put our minds to it, we can kind of chameleon and turn into a death metal band, or we could be like THE CARPENTERS. So we just have to come together and make the decision, like, 'All right, which way do we wanna go? Which way are we gonna turn the wheel?' And this time we did it to make this party record." 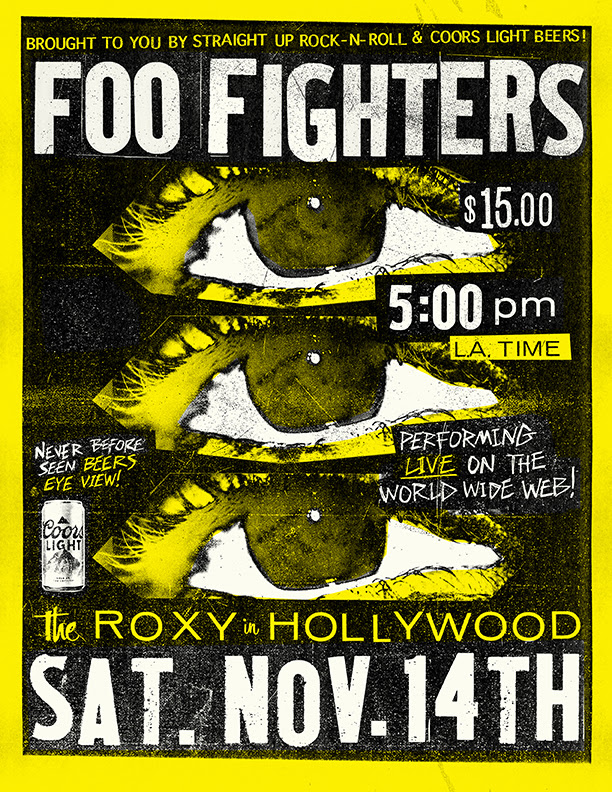