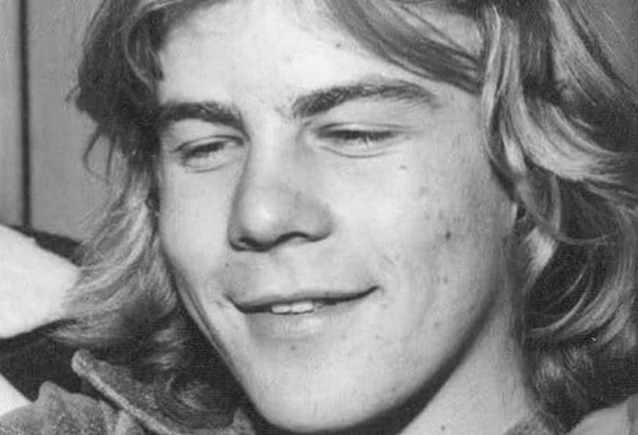 Former AC/DC bassist Paul Matters has died. The news of his passing was revealed by his friend Rod Wescombe as well as AC/DC biographer Jesse Fink, author of the book "Bon: The Last Highway".

According to Wikipedia, Matters joined AC/DC in 1975 after the recording of the band's debut album, "High Voltage". Several weeks later, he was reportedly fired by AC/DC singer Bon Scott, and was replaced by Mark Evans.

Prior to joining AC/DC, Matters played bass for Newcastle band ARMAGGEDON which he exited in 1974 over what drummer Les Gully described to Fink as "musical differences". He was then fired from AC/DC, according to Gully, "because he didn't fit the values of the Young [brothers] oligarchy. Too pretty, for a start. He didn't really fit, had strong opinions and sensitivity, and played just what he liked."

A recluse, Matters has only ever given one press interview since his dismissal from AC/DC, to Fink for "Bon: The Last Highway", in which he claimed he was "a bit lazy" and "a bit cranky" but did not have enough money to eat: "I didn't have any food in my stomach. They [management] didn't give us any money to buy food or anything."

In "Bon: The Last Highway", Fink called Matters "an uncommonly handsome sight in AC/DC, a kind of hard-rock Chris Hemsworth who could play."

Matters performed live with AC/DC on a national tour in Melbourne, Adelaide and Sydney, promoting the band's debut album, but did not record in the studio, where bass duties were performed by George Young.

Matters quit music after his departure from AC/DC in 1975 and sold his bass guitar.

Earlier today, Wescombe wrote: "Shocked and sad to hear of the passing of Paul Matters.

"I first met Paul in 1973 when he was playing bass in 'Armageddon' at a gig in Hamilton, Newcastle N.S.W.

"When I was living in Toronto he would drop into the house in the late hours to party and he loved to party.

"In late '75 after he departed AC/DC we played together in a one off band called 'Miss Australia Band' at a gig on a ferry on Lake Macquarie.

"I moved to Sunshine on the lake further south and Paul would drop in to chill whenever he was in the area. I recall he could always make me laugh when he was in the mood.

"After leaving New South Wales I lost contact with him as did many other people over the years.

"From all reports he lived a reclusive life in his later years and his early rock n' roll life style led to ailing health.

"He will be missed by all who knew him."

Shocked and sad to hear of the passing of Paul Matters.
I first met Paul in 1973 when he was playing bass in "Armageddon...