Hard rock/heavy metal vocalist Bob Mitchell (ex-ATTACKER) has announced plans to release an album of remakes of classic-rock tracks from such artists as THE WHO, DEEP PURPLE and KROKUS, just to name a few. Joining Mitchell in the project is Mike LePond (SYMPHONY X) along with guitarist Frank Oquendo (DENIM AND LEATHER) and session musician Bruce Gatewood on drums. The CD, titled "Days Gone By", will be released sometime in early 2009. Proceeds from CD and digital sales will go to charity, with the beneficiaries being the American Heart Association and the Christ Hospital Foundation.

The track listing for the album is as follows:

"Rain" will be sold as a single beginning on Monday, December 8. The single will be sold only through Snocap, with all proceeds going to the above-mentioned charities.

Visit The official Bob Mitchell MySpace page and listen to "Rain" for free until Monday, December 8. 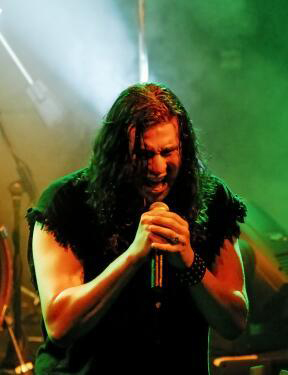