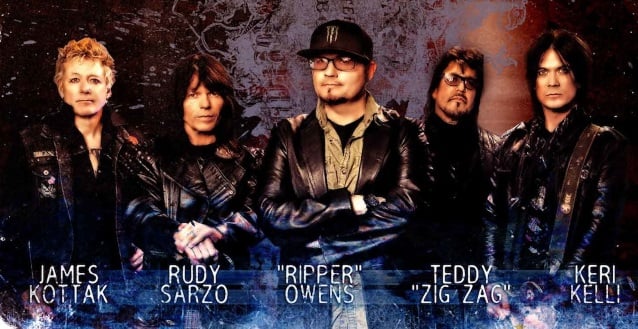 "Here's To Us", the first-ever original song written and recorded by A NEW REVENGE, was premiered in 2013 on Russia's "Drive Time Morning Show With Evgeny Shtoltz". It can be streamed in the YouTube clip below.

Owens told RockEra Magazine about A NEW REVENGE: "It started as an all-star band playing songs from all of our careers. Then we wrote a CD and recorded it, and I can't wait to get it out." He described the band's musical direction as "just good old straight-forward hard rock."

PROJECT ROCK's touring lineup also included Teddy "Zig Zag" Andreadis (GUNS N' ROSES) on keyboards, but it is not clear if he will be involved with A NEW REVENGE.

A NEW REVENGE is: