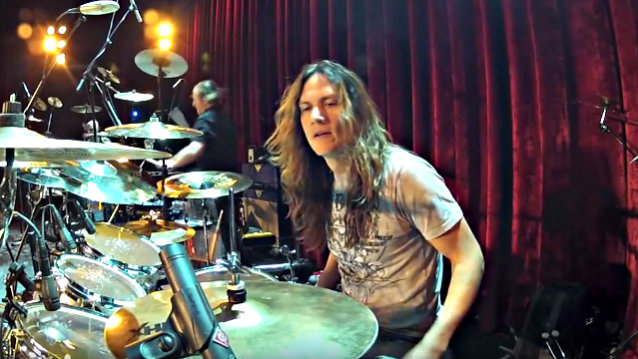 Elias performed on SLAUGHTER's first five albums, including the group's double-platinum 1990 debut, "Stick It To Ya", and their gold-certified 1992 follow-up, "The Wild Life". The Las Vegas-based drummer also appeared in the 2001 film "Rock Star" as a member of BLOOD POLLUTION, a fictional band that also included former BLACK LABEL SOCIETY guitarist Nick Catanese.