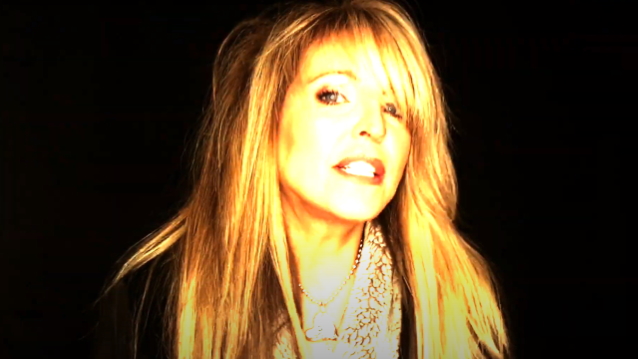 Former VIXEN singer Janet Gardner has released a music video for a new song called "Talk To Me". The track is once again a collaboration with her husband, guitarist/producer Justin James, who has previously worked with STAIND, COLLECTIVE SOUL and TYKETTO. The clip was made at home during the shelter-in-place order due to COVID-19.

"Talk To Me"'s arrival comes less than a week after Gardner and James announced that they have completed work on her third solo album.

Janet's second solo LP, "Your Place In The Sun", was released in May 2019 via Pavement Entertainment. The effort combined modern rock elements with the classic sound Gardner has become known for in her decades of female-fronted and influential fury.

Janet announced her departure from VIXEN in January 2019, saying in a statement that it was time for her to step aside and let drummer Roxy Petrucci and bassist Share Ross "pursue their vision for the future of VIXEN."

In January 2018, Gardner underwent surgery to remove blood clots in her brain, a condition known as a subdural hematoma.

While Gardner was recovering from her surgery, VIXEN played a show in Durant, Oklahoma in March 2018 with a fill-in singer, Lorraine Lewis of FEMME FATALE. In January 2019, Lewis was announced as Gardner's official replacement.