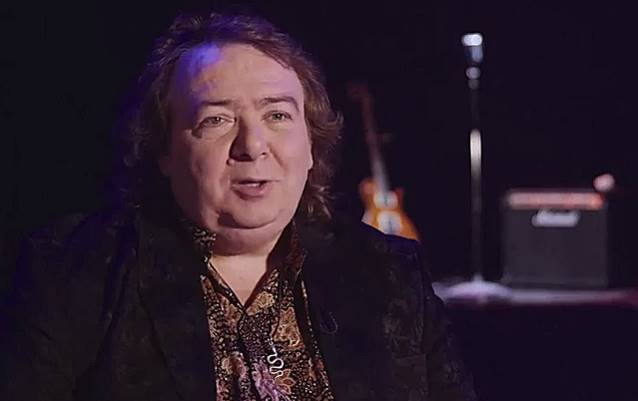 Former WHITESNAKE guitarist Bernie Marsden will release his new solo album, "Shine", on August 18 via Provogue as a double-LP, CD and digital download.

At a rough guesstimate, Marsden's name appears on a hundred albums — maybe more. In addition to a long-running solo career, the Buckinghamshire-born guitarist has been a recording musician since the early 1970s via membership of such groups as WHITESNAKE, UFO, WILD TURKEY, BABE RUTH, PAICE ASHTON & LORD, COZY POWELL’S HAMMER, ALASKA, M3 and many more. Though there’s a tendency to pigeonhole him as a blues-rock guitarist, each of Marsden's acts had its own individual flavor.

Although Marsden was wary of flooding the credits with too many special guests, "Shine" does feature some extremely well-known names, from Joe Bonamassa to WHITESNAKE singer David Coverdale and the DEEP PURPLE duo of Ian Paice (drums) and Don Airey (keyboards). Jimmy Copley of Jeff Beck fame behind the kit and Mark Feltham of NINE BELOW ZERO also supplies some breathtaking harmonica playing.

Marsden previously said the style of the album will harken back to the WHITESNAKE "Ready An' Willing" era: "Kind of gone retro, but with a 2012-2013 sound, if you know what I mean," he said. "A young guy's producing it, and I’m very pleased for them to do it, because they bring a lot to the table. I just write the songs and play guitar, which is nice."

Check out a trailer for the CD below.

Marsden joined WHITESNAKE on stage in Manchester, England in May 2013 to play "Fool For Your Loving" and "Here I Go Again".

Asked in a 2012 interview with Geeks Of Doom what he thought of his songs being re-recorded by later lineups of WHITESNAKE, Marsden said: "I thought 'Here I Go Again' was fabulous because for me it was such a long time after I had written the song that I could listen to WHITESNAKE in that period as if I was listening to JOURNEY or FOREIGNER: it was just another band who were really good. But they were an American band by then [who] just happened to have the same name and the same singer and guy I worked with. 'Fool For Your Lovin'', when they re-recorded that I felt it lacked some of the heart and soul of what the song was all about and I know that David [Coverdale, WHITESNAKE frontman] has more or less said the same thing in interviews over the years. I think Steve Vai is a wonderful guitar player and he did a very good Steve Vai job on that track, but I didn't think it had the heart of what the song was all about. So you win some, you lose some. But having said that it sold about three-and-a half, four, five million [copies], so I can't complain too much! [laughs] It continues to do well to this day."

Regarding whether there are any unresolved issues between him and Coverdale, Marsden said: "Certainly not between David and I. We're as close now as I think we ever were which I never thought, up until a couple of years ago, I would have said in an interview. He's completely upfront with me, straight with me and if he wants me to do something he calls himself, he doesn't have people call me and we chat on the phone. I was feeling lonesome in Euston station a couple of months ago and I looked at my phone and I thought… 'I'll call him up.' So I left him a message and I just sang, 'Sitting in the railway station, waiting for my destination,' because I didn't think he was in. He called me back within about ten minutes: 'What the hell are you doing in Euston station?' he says. 'It's one o'clock in the morning! I'll talk to you until your train goes.' I appreciate that because I think it's nice for men of a certain age who have done quite a bit in their lives together to be as close as they can as older men. That sounds a bit profound, doesn't it?! But I really do believe that. I'm very happy whenever I've been onstage with him again. That, to me, is a tremendous bonus and I love every minute of it and just to be able to phone each other up and just say, 'Hey, how you doing, mate?' that's as important to me. For me, it closes the circle. Or opens a friendship that I thought may have been gone." 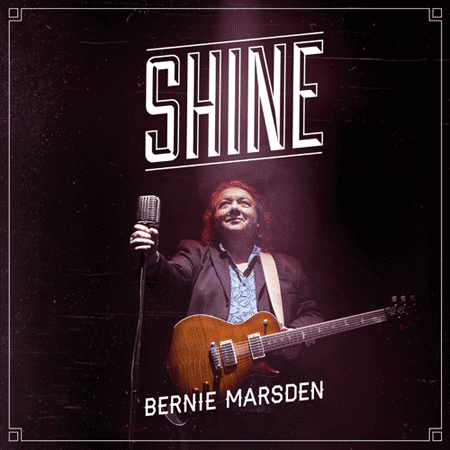