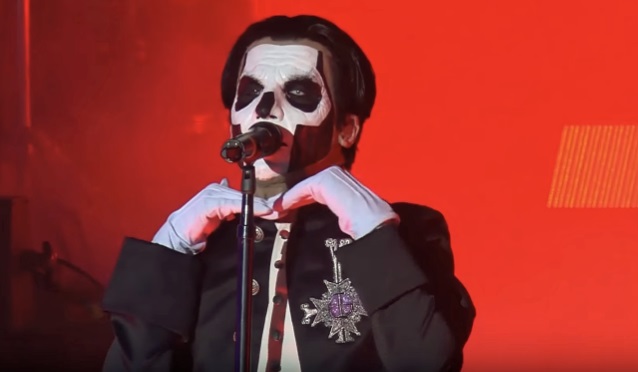 Swedish occult metal band GHOST will embark on the "Rats! On The Road" U.S. tour in May. The trek will kick off on May 5 in Riverside, California and visit U.S. cities throughout the spring.

Tickets and VIP packages for the "Rats! On The Road Tour" will go on sale on this Saturday, March 3 at Ghost-Official.com.

GHOST will release its as-yet-untitled fourth album in late spring or early summer via Loma Vista Recordings. The follow-up to 2015's "Meliora" was recorded last year at Artery studios in Stockholm with producer Tom Dalgety (OPETH, ROYAL BLOOD) and was mixed in January at Westlake Studios in West Hollywood, California with Andy Wallace (NIRVANA, SLAYER). Songtitles set to appear on the LP include "Rats", "Life Eternal", "Faith" and "Dance Macabre".

GHOST lead singer and founder Tobias Forge — who performs as Papa Emeritus — told Revolver about the band's upcoming disc: "It is loosely themed around the concept of death and doom. It's a themed album around medieval times, but it's definitely clinging onto a lot of very current things. The Black Death [plague] is a great example of a turning point for a whole civilization. Complete villages were annihilated. Most people knew very little, so all of it was God or the Devil — and about their faith being questioned: Why are we being stricken down by this great scourge? It must be because of our not fearing God enough and all this superstitious bullshit.

Last year, Forge revealed his identity while responding to a lawsuit filed by four former members of GHOST, who accused him of cheating them out of their rightful share of the profits from the group's album releases and world tours. The 36-year-old musician, who used to do the act's interviews disguised as a member of his backing band of Nameless Ghouls, told Revolver that "the original idea of being anonymous — it was a great, naïve idea on paper in 2008, not knowing to what degree we'd be touring or to what extent this was going to be a professional operation. That regimen is very hard to live by. What I hadn't foreseen was the fans and their willingness to embrace that and play along. [Laughs] I guess that's the whole thing with showbiz and magic tricks: It's like you have a silent agreement with your audience. Now, I feel like this has already become more of an entity on its own. As long as I don't go onstage completely normal and then jump into character onstage, I assume that most fans would be able to accept me as the creator. I can comment on the work the same way a director would on his movie."

While responding to the lawsuit filed by his former bandmates, Forge — who had previously played in several other rock bands, including REPUGNANT, CRASHDIET, SUBVISION, MAGNA CARTA CARTEL and SUPERIOR — took credit for developing GHOST's image and stage show and blamed the musicians for "destroying the mystery" surrounding the group by lifting the lid on GHOST's business dealings. 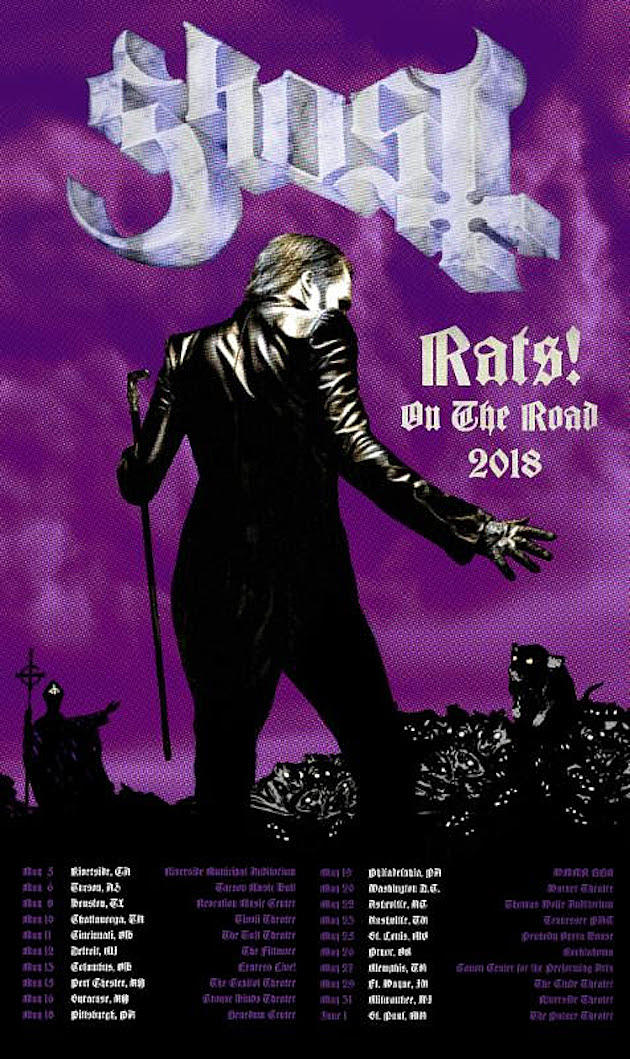