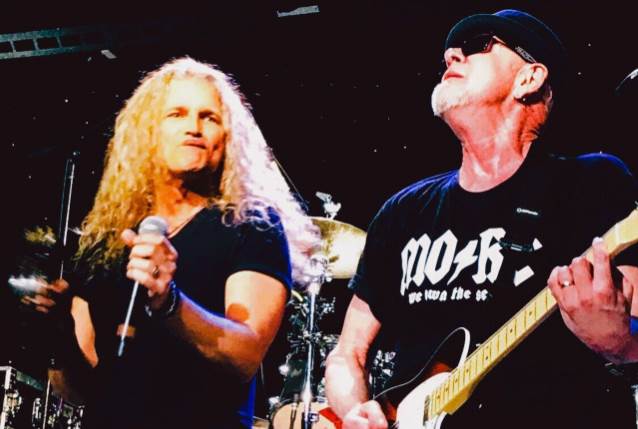 GREAT WHITE has parted ways with singer Terry Ilous and has replaced him with Mitch Malloy (pictured above with guitarist Mark Kendall). Malloy, a celebrated songwriter and artist now based in Nashville, takes the reins as only the third lead vocalist in GREAT WHITE's 36-year history.

He added: "Terry Ilous has been released to join his other projects. We wish him the best of luck and thank him for his run with GREAT WHITE."

Malloy, who originally hails from Dickinson, North Dakota, charted his first solo single, "Anything At All" in 1992. His subsequent hits "Nobody Wins In This War" and "Our Love Will Never Die" also made Billboard's Top 100. Most recently he's been cranking out penned hits and producing clients for his Malloy Master Tracks studio. These clients include Taylor Swift, BOYS LIKE GIRLS, Kenny Loggins, Craig Morgan, Johnny Gates and many more.

Malloy has been in this is this situation before. In 1996, VAN HALEN asked Malloy to take the reins as its singer. Although Malloy didn't take the gig, he further established his reputation as a universally respected frontman. He's thrilled to be a part of GREAT WHITE. He's not trying to be a "clone" of previous singers Jack Rusell and Ilous.

"I have to represent this music honorably," Malloy said. "I respect what has come before me, and have to remind fans of where they were when they first heard these songs. I also have to be myself at the same time. When I first heard my own voice with GREAT WHITE's music, I knew something special was going on."

"We had an immediate rapport with Mitch," Lardie said. "I'm positive the fans will embrace Mitch and continue to support GREAT WHITE. This music is bigger than any one person."

"We're ready to rock with Mitch," drummer Audie Desbrow added. "2018 and beyond still has a lot in store for GREAT WHITE. Don't ever count us down and out. It feels like we're just getting started."

In June 2017, GREAT WHITE reunited with its original producer, Michael Wagener on the thrilling "Full Circle". The nine-track album spawned the balls-to-the wall single "Big Time". And for the first time in its career, GREAT WHITE gave a peek behind the curtain to its fans with the accompanying DVD "The Making Of Full Circle". 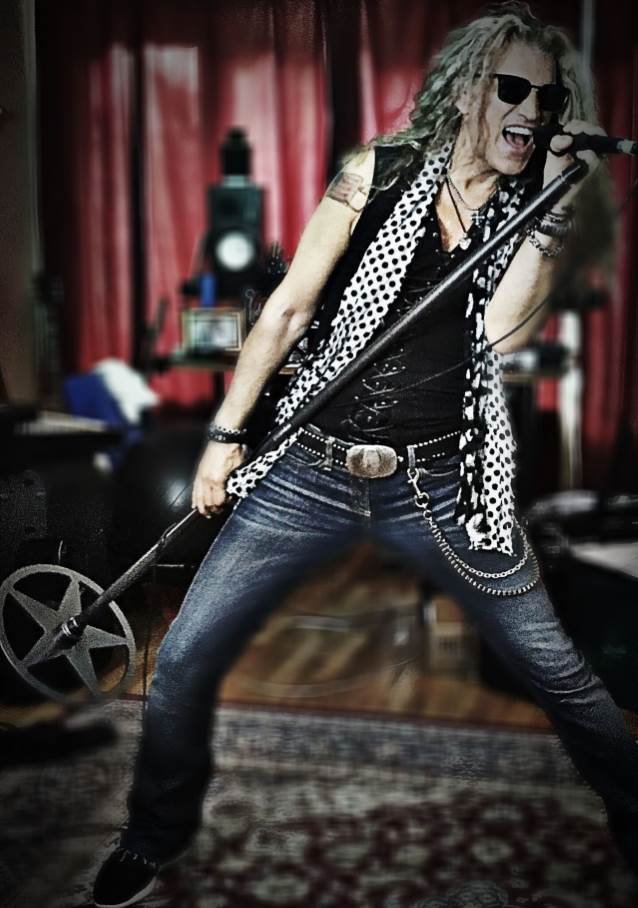