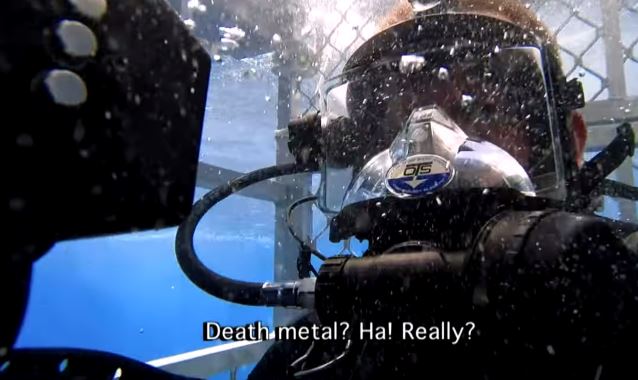 The crew was in Australia shooting footage for the program but was unable to get a shot of the 16-foot, 3,000 pound shark they were looking for. However, they did manage to lure two other Whites, one of which was 14 feet long.

It is believed the thick tones of extreme metal — including low "death growls" of the vocalist, guitars that are typically tuned lower than higher, as well as the intense blastbeats of double-bass drums — simulate the low frequencies of dying animals, so that playing metal for sharks is just like "ringing a dinner bell."

DARKEST HOUR was apparently excited by its inclusion in the program, posting "Big Riffs, Big Sharks!" to Twitter ahead of the show.