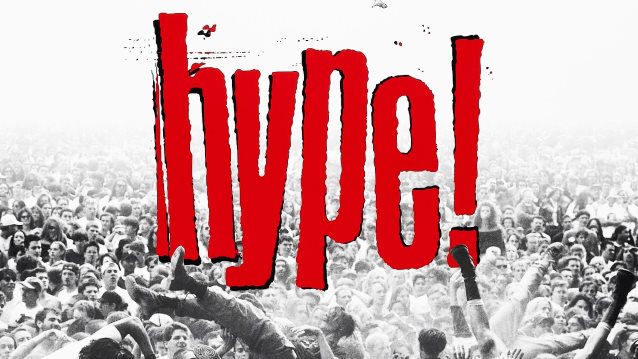 It's been just over 20 years since Doug Pray's (HBO's "The Defiant Ones", "Scratch", "Surfwise", "Art & Copy") excellent documentary "Hype!" was released, capturing the story behind the organic rise of the influential movement that would come to be known as grunge. Fast forward to 2017, where the film is as relevant as ever, and will finally get its first Blu-ray release, as well as an updated DVD release, on Shout! Factory's Shout Select line. "Hype! (Collector's Edition)" will be available September 29, and will include a new audio commentary with Pray, vintage interviews and performances, Peter Bagge's animated short "Hate", outtakes, and a new featurette with interviews and insights from some of the original characters in "Hype!" two decades later.

Drop into the Pacific Northwest in the early '90s and watch a vibrant underground music scene explode into a global "grunge" media frenzy. "Hype!" follows the music from local bands playing for their friends, to Sub Pop Records' brilliant exploitation of "the Seattle Sound," to NIRVANA's "Smells Like Teen Spirit" hitting #1 on the charts. Questions of money, authenticity, and fame arise as "grunge fashion" hits the runways and a mass migration of wanna-be Seattle bands saturates the city. The Northwest experience is one of humor, loss, and epic irony.

Pray's first feature film, "Hype!" premiered in competition at the 1996 Sundance Film Festival, won Best Documentary at the Seattle International Film Festival and went on to receive wide critical acclaim and international theatrical distribution. It was given "two thumbs up!!!" by Siskel & Ebert, listed at #10 among the top 25 music DVDs of all time by Rolling Stone, and one of the top 50 best music documentaries of all time by Vulture. 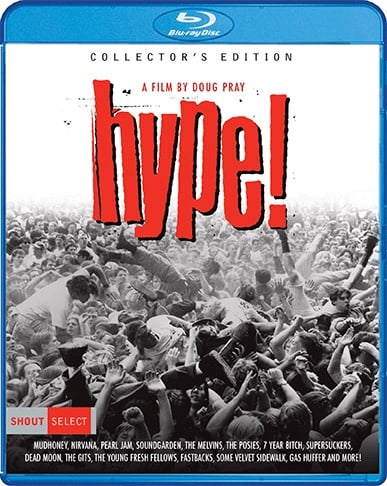