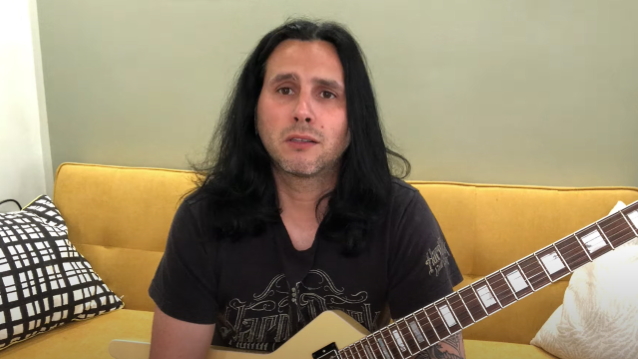 Greek guitar virtuoso Gus G., well known in rock and metal circles for his work as Ozzy Osbourne's guitarist and as leader of his own band FIREWIND, has completed work on his first all-instrumental solo album. In a video message earlier today, Gus said (as transcribed by BLABBERMOUTH.NET): "If you guys noticed, I released a single [in early April]. It was the first single. It's called 'Exosphere'. It's part of the album. There's gonna be more singles coming out. We're planning to release them in different phases, and then I think sometime around this fall, we're gonna drop the whole album. I guess it's a new way of doing things — kind of like teasing the album with singles first and seeing how they perform and what people think and let people get used to it. Actually, there's a new single coming out, I think, in June. Yeah, so that's a few days from now. It's gonna be called 'Fierce', and it's a real metal track, I think. If you guys like my past instrumentals or stuff that FIREWIND has done, the fast stuff, you're gonna like this. It's a fast song. There's a lot of shredding. And a really funny video. So I can't wait for you to check it out. I'm not gonna say any more. But, yeah, it'll be out in a few days, and you'll see and hopefully you can tell me what you think.

"The album is done," he reiterated. "It's finished — mixed and mastered. Dennis Ward [PINK CREAM 69, UNISONIC], he played bass on it and he mixed and mastered it. I have a new drummer who's playing on it. His name is [Jan-]Vincent Velazco. He's a great, killer drummer. He's from England. And he contacted me last year online, and he said, 'Hey, dude, if you need a drummer, let me know.' And I checked him out, and I was blown away by his skills, by his playing. So I thought hey, why not? Why not collaborate with somebody new? At the time, Johan [Nunez] was not available to record. 'Cause I was planning to ask Johan from FIREWIND to play. But he went back to school to finish a course, so I thought why not collaborate with Vincent? But, yeah, more on that later. I'm gonna be posting a bunch of stuff about the new album when the time comes.

"I'm still not sure what to call the album, actually," Gus added. "I have an idea in mind; I have a title. But this is gonna be my first all-instrumental album, so there's a lot of guitar on it, different things on it — not just metal stuff. There's some more mellow, some bluesier things, but then, of course, there's a lot of shredding too. And I'm looking forward to releasing it. It's a big step for me."

"Exosphere" was released on April 1. The track featured Ward on bass and Velazco on drums. The artwork for the single was created by Gustavo Sazes, with whom Gus has worked since 2007.

"Exosphere" was written during times of pandemic and was Gus's first attempt at using a seven-string guitar in an official recording.

In September 2019, Gus issued a digital-only solo EP, "Live In Budapest - Part 1", consisting of four tracks recorded on the guitarist's headline European tour in support of his latest album release, "Fearless". The world tour saw Gus and his band share stages around the world with legendary guitarists like Richie Kotzen, Vinnie Moore followed by his own headline dates and a massive tour as special guest of Los Angeles rockers STEEL PANTHER.

On "Fearless", Gus joined forces with Ward and drummer Will Hunt (EVANESCENCE).

FIREWIND's ninth, self-titled studio album was made available in May 2020.

FIREWIND's new vocalist is Herbie Langhans, who has previously played with AVANTASIA and SINBREED. 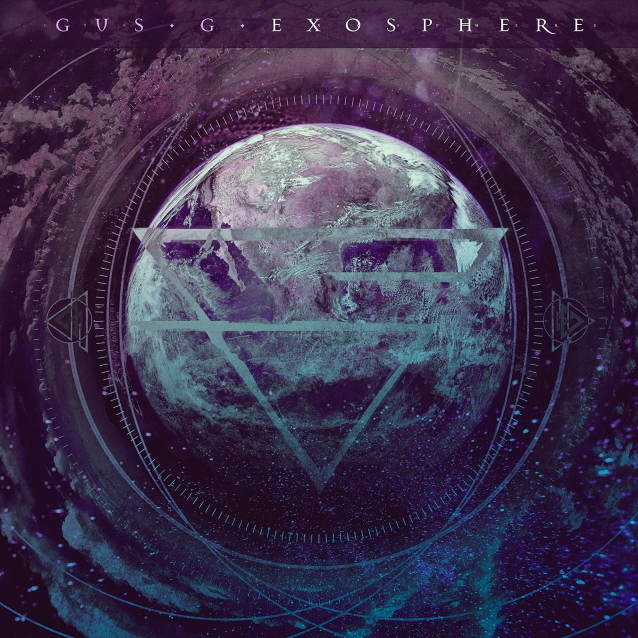