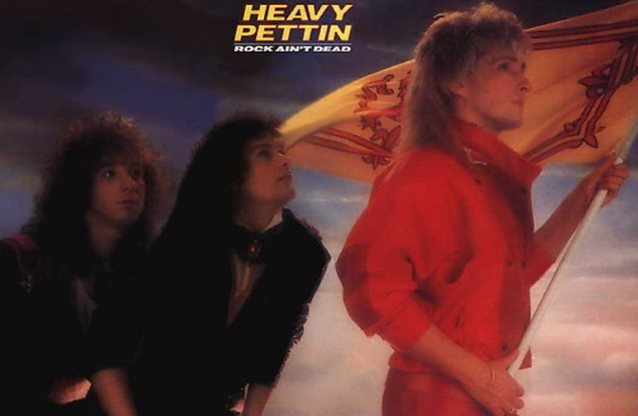 Glasgow rockers HEAVY PETTIN' will reunite for their first concert in more than twenty-five years at the WinterStorm festival, set to take place November 24-25 in Troon, Ayrshire on the west coast of Scotland. Also scheduled to appear are U.K. blues rock favorites THE QUIREBOYS and the female heavy metal band ROCK GODDESS.

Both ROCK GODDESS and HEAVY PETTIN' will be playing their first gigs in Scotland for three decades and will be joined by SYTERIA, the side project of Jackie Chambers from GIRLSCHOOL.

With a name pulled from UFO's "Heavy Petting" album (minus the "g"), the youthful band played Glasgow's rock scene to death in the early eighties, introducing the audiences to their trademark glam rock riffs and hooks. A record deal followed with Polydor and in '83 "Lettin' Loose" — produced by QUEEN guitarist Brian May — hit the record shops. That summer, they appeared at the Reading festival on the same bill as BLACK SABBATH, MARILLION, MAGNUM and MAMA'S BOYS. After touring with KISS, OZZY OSBOURNE, MÖTLEY CRÜE, RATT, SAXON and opening for WHITESNAKE, HEAVY PETTIN''s second album, "Rock Ain't Dead", followed In 1985.

Punky Mendoza, one of the band's lead guitarists, was quoted years later" Gordon [Bonnar, guitar], Gary [Moat, drums], Hamie [Steve Hayman, vocals] and Brian [Waugh, bass] were very much influenced by DEF LEPPARD. I could take them or leave them. At the time we were making 'Rock Ain't Dead', I was listening to THE TUBES. I think I gave PETTIN' a different sound with my influences and I always tried to compliment Gordon's guitar style."

It was an all-too-short roller-coaster journey for HEAVY PETTIN' that ended in a split shortly after their appearance in the sing-off for Eurovision in 1987 with the song "Romeo". 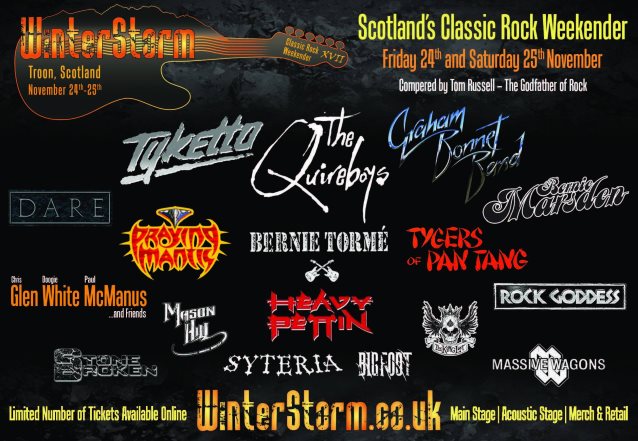