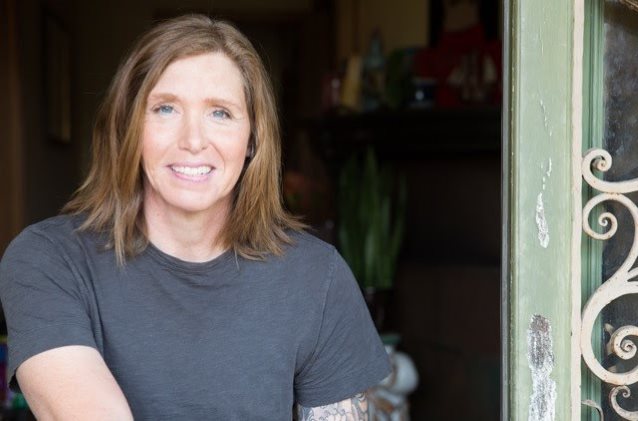 "Hit So Hard: A Memoir" — the first book by drummer Patty Schemel, best known for her work with HOLE in the '90s — will be published in hardcover by Da Capo Press on October 31. "Hit So Hard" follows, and expands upon, the acclaimed documentary film of the same name about Schemel released in 2011.

A drummer who was at the epicenter of the Seattle music scene in the early '90s, Schemel was an integral member of HOLE (suggested to frontwoman Courtney Love by her husband, Kurt Cobain, an avid fan of Schemel's drumming), and helped to create the seminal album "Live Through This". "Hit So Hard" chronicles the coming of age of a musician and an addict, on and off the road, in a band plagued by tragedy during the last great era of rock 'n' roll excess. While never losing her sense of humor, Schemel — one of the first female drummers to make it big in the music world, as well as one of the first women in rock to come out publicly as gay (in the pages of Rolling Stone, no less!) — intimately documents the events surrounding her dramatic descent from festival headliner into a life of homelessness and crime on the streets of Los Angeles, and her difficult but rewarding path to sobriety after more than twenty serious attempts to get clean.

"Hit So Hard" is a first-hand account of everything that happened behind the curtain. It sheds light on Cobain's final, fateful drug intervention; the backstage antics of HOLE while they defied expectation following the sudden deaths of Cobain and bassist Kristen Pfaff and toured in support of "Live Through This"; Schemel's writing of, and subsequent dramatic exit from, the recording of the band's celebrated third album, "Celebrity Skin"; and countless encounters with some of rock 'n' roll's biggest names of the early '90s. But at its core, "Hit So Hard" is a survival story, told in witty detail by a woman who literally saw and experienced it all. Whether it was coming out in small town Washington state in the '80s, weathering all variety of sexism as one of the only famous female drummers of her time, or battling the intense drug addiction that threatened to take everything she had — including her life — many times, Schemel still managed to come out the other side. A testament to the enduring power of the music Schemel helped create, as well as an important documentation of the drug culture that threatened to destroy it, "Hit So Hard" is ultimately the story of one amazing woman's ability to prevail against all odds, even when she herself believed she wouldn't make it out alive.

Schemel is on the board of the Rock 'N' Roll Camp For Girls, a non-profit organization that teaches girls all over the world that it's okay to be loud. She continues to perform, teach, and tour, currently with the band UPSET, and lives in Los Angeles with her wife and daughter. 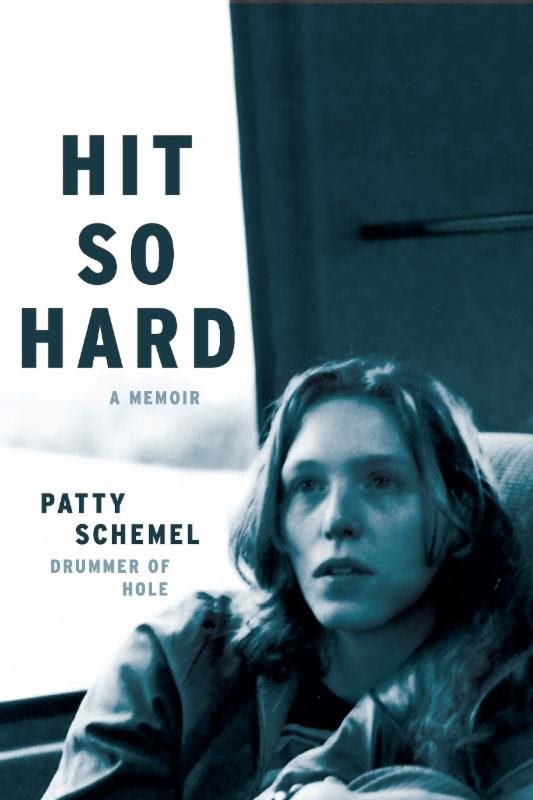