The concert is being presented by Triple B TV and will be streaming live on YouTube on Saturday, October 17 at 7 p.m. PST. In addition to the band's live performance, the event will include exclusive behind-the-scenes interviews and limited-edition merchandise.

The event will benefit Three Square Food Bank, whose mission is to provide wholesome food to hungry people, while passionately pursuing a hunger-free community. The organization combines food banking (warehousing canned and boxed goods) and ready-to-eat meals to be the most complete food solution for Southern Nevada.

"We are really excited to be finally getting an opportunity to perform this year, and we couldn't ask for a better cause to be doing it for," says Grossi.

HOOKERS & BLOW has been hitting the studio to record a covers album, to be released via Golden Robot Records. The LP is being produced by Alistair James, who worked with Joe Perry, Alice Cooper and Johnny Depp on the latest HOLLYWOOD VAMPIRES disc.

In 2013, HOOKERS & BLOW hosted two back-to-back residencies at the world-famous Whisky A Go Go in Hollywood and in 2018 celebrated its 15th anniversary with two extensive tours, headlining a 25-city "Holiday Hangover" run, as well as supporting THE DEAD DAISIES on their first headline trek of North America. 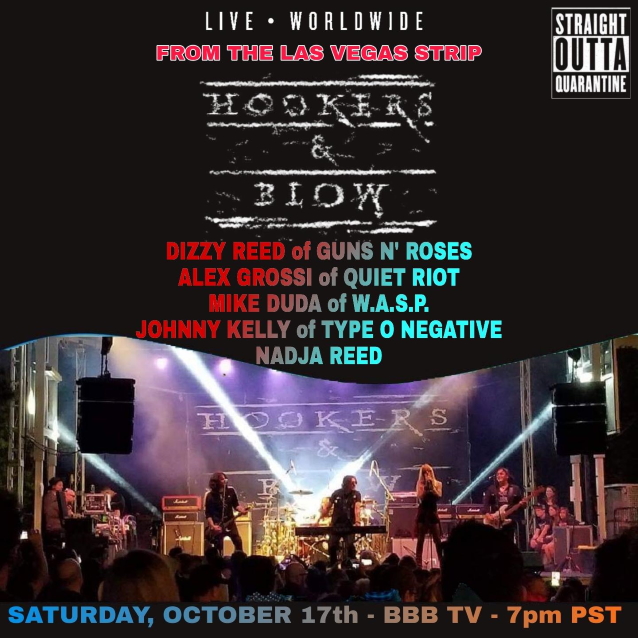