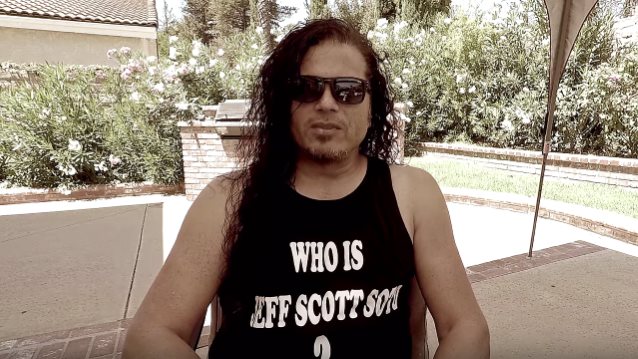 Behind-the-scenes footage from the making of "Retribution", the new album from Jeff Scott Soto, can be seen below.

It has been fifteen years since Frontiers first partnered up with Soto on a release and in celebration of that anniversary, Frontiers Music Srl will release the new new disc from Jeff on November 10. Co-written and produced together with Jeff Scott Soto alumni Howie Simon, "Retribution" is Jeff's sixth proper solo studio album in a style that fans have come to know and love from the legendary singer over the years.

The song "Breakout" is available for streaming below.