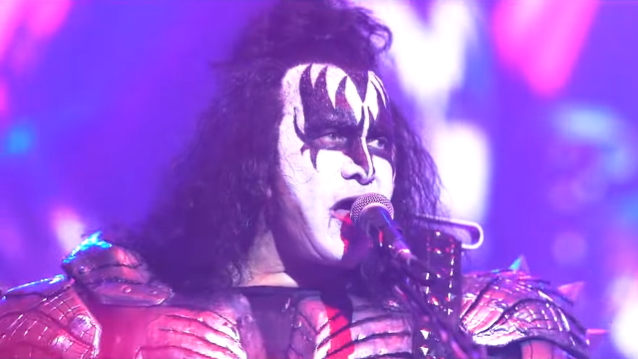 A three-minute video recap of this year's "Kiss Kruise" can be seen below.

The 2019 edition of the "Kiss Kruise" took place aboard Norwegian Pearl, which set sail October 30 from Miami, Florida and traveled to Great Stirrup Cay, Bahamas and Falmouth, Jamaica before returning to Miami.

During the cruise, KISS announced 75 new shows as part of its "End Of The Road" farewell tour, including what it says will be its last show ever, set to take place in New York City on July 17, 2021.

KISS's current lineup consists of original members Stanley and Gene Simmons, alongside later band additions, guitarist Tommy Thayer (since 2002) and drummer Eric Singer (on and off since 1991).