The next "Bonzo Bash" will take place on Thursday, January 23, 2014 at The Observatory in Santa Ana, California.

"Bonzo Bash" is the "celebration show" that John Bonham freak/worshipper/drum lifer Brian Thomas Tichy (WHITESNAKE, FOREIGNER, OZZY OSBOURNE, BILLY IDOL) put together to pay tribute to the one and only drummer he has never stopped listening to and being inspired by since he was 10 years old.

One day in 2010, Tichy thought it would be a pretty simple and cool idea to put an amber acrylic replica drum kit at the front of the stage and one by one, have some of the world's best drummers pick their favorite LED ZEPPELIN songs and have a house band of buddies (dubbed "THE MOBY DICKS") perform these songs with these drummers. Tichy told this idea to promoter bud Joe Sutton (another Bonham/ZEPPELIN freak) who loved it and happened to have the exact night on hold at Key Club in West Hollywood. This was the 30th anniversary of the passing of John Bonham (September 25, 2010). Called "Bonzo: The Groove Remains The Same", it brought together 20 drummers on one kit celebrating the man, John Bonham, who continues to prove to be without a doubt the most influential drummer in all of rock 'n roll! The night was attended not only by world-class drummers Chad Smith, Kenny Aronoff, Danny Carey, Abe Laboriel Jr., Steven Adler and many others, but also by the Bonham family, including son Jason, daughter Zoe, sister Deborah (all of whom performed in the show) and wife Pat! A magical event is an understatement and it has been likened to a rhythmic wildebeest crossing without the crocs!

The night and the pace of the celebration is like no other. The music of LED ZEPPELIN is some of the most popular in the world so every song goes over amazingly. The anticipation of which drummer will play next and which song they will choose keeps the audiences interest all the way up to final percussion jam where every drummer is on stage with percussion in hand as they all take turns for a last go-round on the kit!

The celebration includes the element of spontaneity ensconced in a well-prepared, organized backyard party! Anything can happen and it's encouraged! …Much like a LED ZEPPELIN concert as no two were ever the same. Drummers take chances, the band retains up to 5 hours of ZEP tunes, unique arrangements, intros and endings, and high fives are thrown all over the stage after every song! THE MOBY DICKS are as much fans of Bonzo, ZEPPELIN and of the drummers who take the stage that the energy coming off the stage is undeniable and felt to the back of the venues every time!

THE MOBY DICKS are: 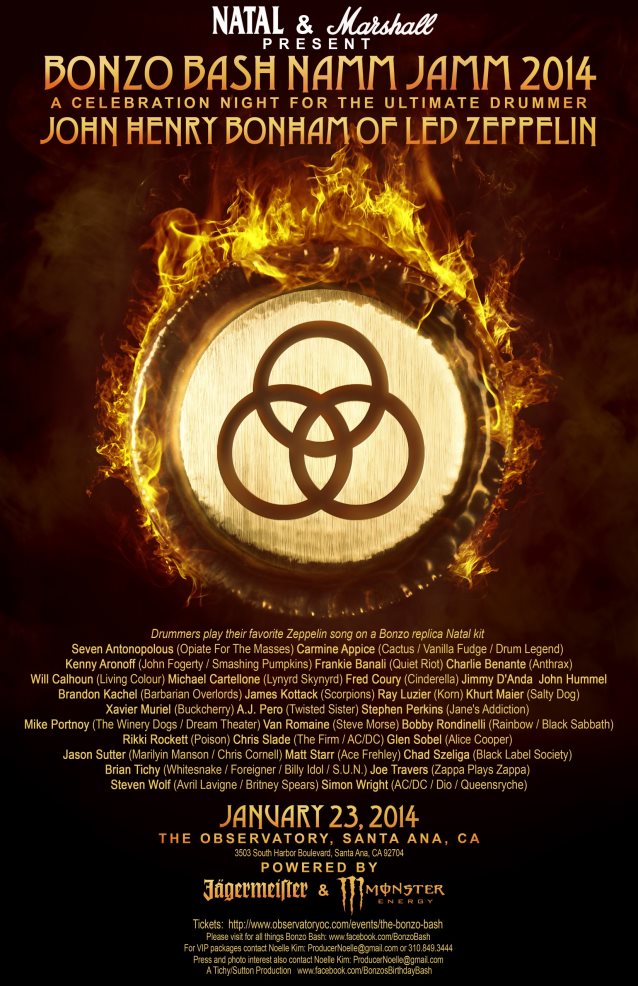