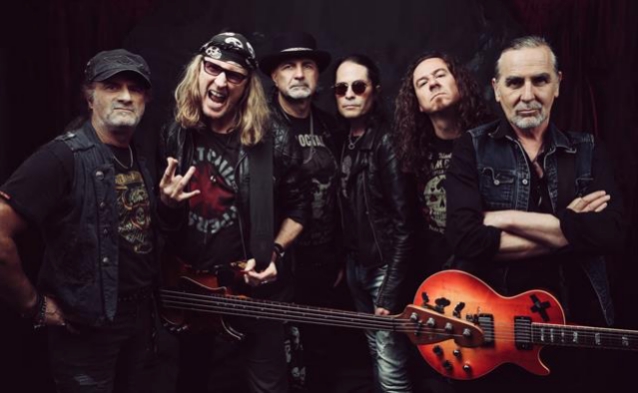 Swiss hard rock legends KROKUS have announced the details of their last-ever concerts in USA and Canada. The 13-date trek will kick off at Canton Hall in Dallas, Texas on September 18, 2020 and will conclude at Whisky A Go Go in West Hollywood, California on October 10, 2020.

"It's not over till it's over," the band writes in a Facebook post. "America & Canada, here we come!"

Back in September 2018, KROKUS announced that it was going to be embarking on a farewell tour dubbed "Adios Amigos" before calling it a day. At the time, they said their final show would take place on December 7, 2019 at the Hallenstadion in Zurich, Switzerland. However, this past June, KROKUS frontman Marc Storace posted a message on Facebook indicating that the band would play additional concerts beyond the Zurich date. 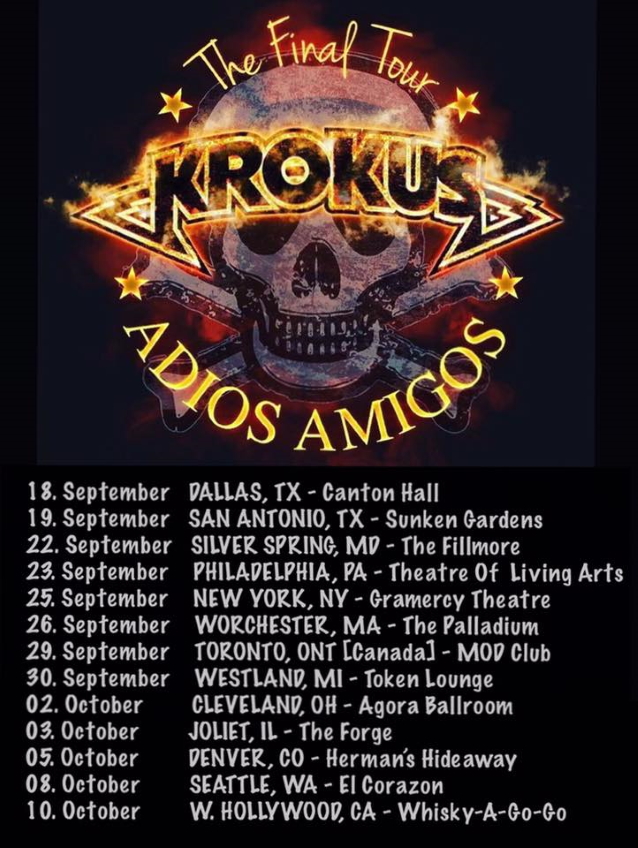