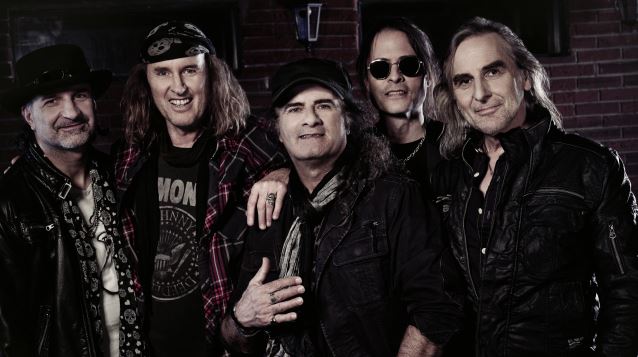 The official video for KROKUS's cover version of the Neil Young classic "Rockin' In The Free World" can be seen below. The song is featured on the Swiss hard rock legends' latest studio album, "Big Rocks", which came out on January 27. The disc sees KROKUS paying tribute to bands and artists like LED ZEPPELIN, QUEEN, THE WHO, STEPPENWOLF, Bob Dylan, THE ROLLING STONES and many more by presenting their very own versions of classic tracks such as "My Generation", "Tie Your Mother Down", "Whole Lotta Love", "Quinn The Eskimo", "Born To Be Wild" and others.

"Big Rocks" offers a total of 14 tracks: 13 cover songs and a re-recorded version of KROKUS's hit "Backseat Rock 'N' Roll", all of them flawlessly executed, brilliantly interpreted and spiced up with the typical KROKUS edge.

As the first single, KROKUS chose its very own rendition of folk-rock classic "The House Of The Rising Sun". It is safe to say that the Swiss rockers managed to breathe new life into the track by overhauling it KROKUS-style!

Bassist and producer Chris von Rohr describes his first encounter with the song as follows: "The first time I came across this song was in the wild sixties. I was lying on my bed and all of a sudden I heard the voices of a thousand angels sing." It was this exact feeling the band tried to capture with their own version of the song and the result speaks for itself: "The House Of The Rising Sun" by KROKUS sounds raw and loud yet embodies the soulful sound of the original. 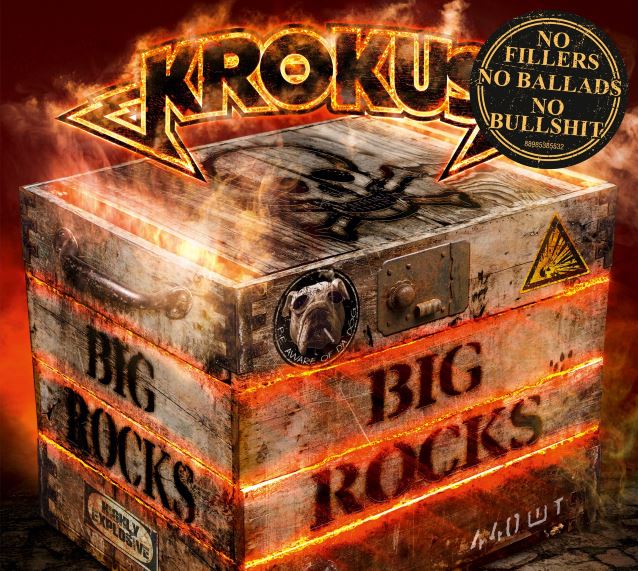