From acclaimed photographer Jesse Frohman, "Kurt Cobain: The Last Session" (Thames & Hudson, November 1, 2014) is an experiential book that combines over a hundred of Frohman's photographs-many of which helped define Cobain's legacy — with revealing commentary and insights from two of pop culture's finest literary iconoclasts, writers Jon Savage ("England's Dreaming: Sex Pistols And Punk Rock") and Glenn O'Brien (author of books on style and contributor to monographs on Andy Warhol, Jean-Michel Basquiat, and other artists).

In July 1993, NIRVANA was the biggest band in the country, and Kurt Cobain was subject to an unprecedented, unasked-for level of fame and public scrutiny. In New York City to play the Roseland Ballroom and promote their new album "In Utero", NIRVANA consented to be photographed by Jesse Frohman — and Cobain gave a candid interview to punk historian Jon Savage — for an article in the London Observer. No one involved could know that less than a year later, Cobain would be dead of a self-inflicted gunshot wound.

It was one of the last photo shoots NIRVANA ever did, and among the last interviews Cobain ever gave. Here, twenty years after his death, they're republished in full — including previously unpublished material — and bear witness to a pivotal moment in the history of rock 'n' roll. New commentary from Frohman and Savage reveals what was going on behind the scenes that day, and an essay by pop culture maven Glenn O'Brien explores what Cobain and NIRVANA meant to us then, and what their legacy will be.

Frohman's insightful portraiture transcends the nature of celebrity photography. The pictures are as humanizing as they are glorifying. Cobain appears as a goofily provocative rebel, with his vintage air force cap, Jackie O. sunglasses, and leopard jacket, while revealing a more depressing side of the life of a great artist dependent on drugs.

Within the pages of "Kurt Cobain: The Last Session", we see Cobain as he was just months before his death, by turns feral and refined, alone and goofing around with his bandmates, engrossed in his music, and always ambivalent about the spotlight. Savage's interview reveals an optimistic side of Cobain seemingly at odds with his public image, and particularly poignant as we look back on his life. 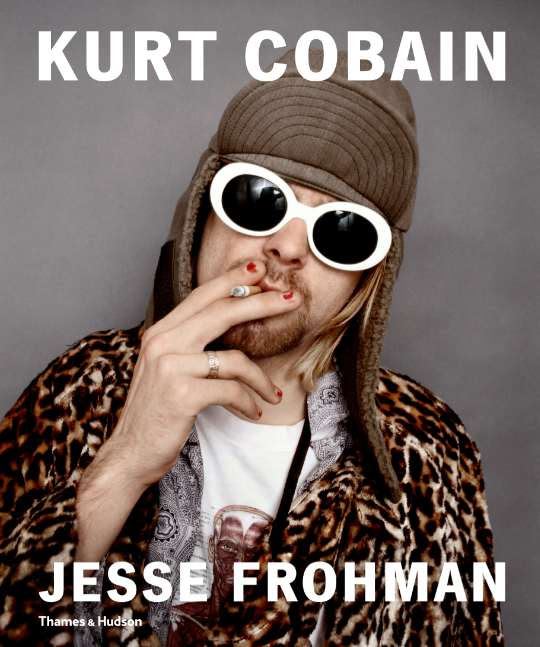